Having announced the 2016 Origin series will be his last, Blues skipper Paul Gallen hopes the next generation of NSW leaders announce themselves sooner rather than later.

However with Gallen and fellow leaders Robbie Farah, Greg Bird, Ryan Hoffman and Beau Scott all over 30 – and with Anthony Watmough and Luke Lewis having already been moved on by coach Laurie Daley – the Blues could potentially be hit by a leadership gulf from 2017.

But a host of fringe back-rowers and locks like Wade Graham, Tariq Sims, Tyson Frizell, Joel Thompson, Shaun Fensom, Ryan James, Bryce Cartwright and Tepai Moeroa have all yet to make their debuts, exacerbating the gulf the irreplaceable Gallen will leave in 2017.

"I don't want to not play because I'm not good enough, I want it to be because there's someone better than me for the position," Gallen said when revealing this year would be his Origin swansong.

"There are some young guys coming up but whether they're ready this year I'm not too sure."

Asked if he thought players would be ready to fill that role once he leaves, Gallen said: "I'm hoping so".

"To be honest, I don't think there's anyone jumping out of the box just yet but they've got to start to and I think the more they do it and the longer they do it for the more they'll appreciate Origin," he said.

"That's happened to me – I remember I thought I was ready for Origin probably a couple of years before I got the opportunity.

"But NSW was so successful they didn't have to change their side so when I finally got that opportunity I made sure I grabbed it with both hands and still after that it took me two or three years to cement my spot there, and now that I have over the past few years you don't want to let it go but unfortunately the time's got to come."

When Gallen was looking to break into the NSW team he had to contend with the likes of Craig Fitzgibbon, Steve Menzies, Ben Kennedy, Steve Simpson, Nathan Hindmarsh, Luke O'Donnell and Andrew Ryan standing in his way.

The challenge now is for the current, ageing crop to ensure the next few debutants really force their way into the side.

Even Gallen's soon-to-be-vacant captaincy position could create a conundrum in coming years, though Gallen readily nominated current vice captain Robbie Farah as the man to take over in the short term.

"That's an interesting one; I haven't had the time to think about it," Gallen said of the captaincy role. "Robbie Farah comes to mind straight away but Robbie's in his early 30s as well so I don't know how many series he has left so there's got to be a young person come up who's a good leader and a good player and hopefully they can do it."

The Blues also boast current club captains Ryan Hoffman and Aaron Woods in the squad alongside Gallen and Farah meaning any long-term leadership decisions are well down the line.

In the short term, Gallen was hoping a pulsating home crowd in Games One and Three this year would help him celebrate a series win in his Origin swansong.

"I think there is a bit of an edge [having two home games]," he said.

"Once you get on the field, personally I don't hear a lot but certainly I think the referees hear a lot and they might hear a bit up at Suncorp and I've got no doubt there is an element of an advantage there if you're playing at home, but in saying that you've got to pack the place out to do that.

"You've got to have 80-odd thousand people here and screaming for us and if we get that I've got no doubt it's a bit of an advantage, but it doesn't take away from the hard work we have to do on the field." 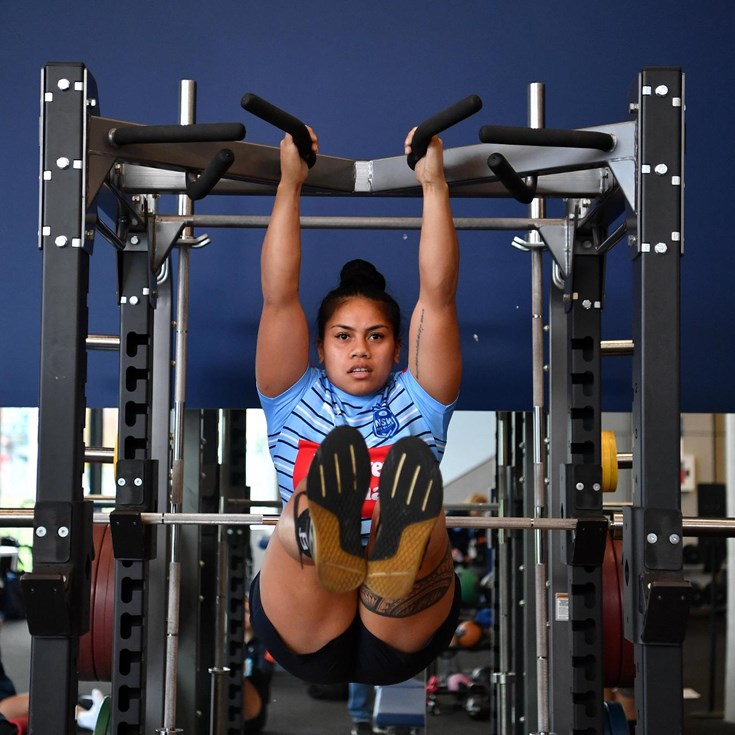 'It all started with my older brother'