Outgoing NSW captain Paul Gallen says he has always been happy to play the Origin villain north of the border and he was at it again in his last ever pre-Origin press conference, labelling Queenslanders as poor sports when they win.

Asked about footage showing the likes of Corey Parker, Josh McGuire and Johnathan Thurston verballing Blues prop Andrew Fifita after wrapping up this year's series at Suncorp Stadium three weeks ago (which was followed up by a since-deleted social media post form McGuire labelling NSW 'losers'), Gallen said the notion of Queenslanders as noble winners was a myth.

"I'll say one thing about Queenslanders, I think they're bad winners to be honest with you," Gallen said.

"I only read about [those comments from the Queensland players] to be honest, we haven't spoken about it as a team. I heard Josh McGuire had a few things to say to a couple of boys but we haven't addressed it.

He added that given their record the Maroons could afford to be cocky, while also tempering his comments with high praise of their once-in-a-generation squad.

"When you win 10 of 11 series or whatever it is you probably can afford to be. That's not so much the players, I'm talking about the people up there in general to be honest with you but as I said they've got the runs on the score board so we can't change it."

From once labelling Queenslanders as "two-heads" at a promotional luncheon in one Origin build-up in 2014 to a series of fiery pre-game pressers over the years, Gallen has always been one who understood that Origin is as much about passion and build-up and dragging in casual supporters as it is about the actual product.

So it's no surprise he was happy to finish with a final parting shot that will no doubt help create interest and spark in what, as a dead rubber, was always likely to be down the pecking order of most-anticipated Origin games ever.

And despite the ire he causes fans north of the border, Gallen wouldn't have it any other way.

"I've played the villain a bit to keep people interested because that's what it's all about. It's all about promotion, promotion of our game… I was an eight year old kid, my first ball was a NSW ball and I couldn't wait to play for NSW and hopefully some of my talk and some of my actions on the field I've inspired some kids to play rugby league and want to play for NSW one day and that's our job as current day footballers."

Gallen wasn't sure who the torch would pass to in terms of lighting the fuse pre-game once he's retired, but he had a few suggestions.

"That's going to be an interesting one, I don't know who's got as big a mouth as me in the NSW side and not afraid to say what they think. I'm not too sure," he said.

"'Woodsy' [Aaron Woods] is pretty good. [David] Klemmer's pretty good actually, you'll probably get something from Klemmer over the years. I've got plenty off him during the week, he's a good man. Guys like that." 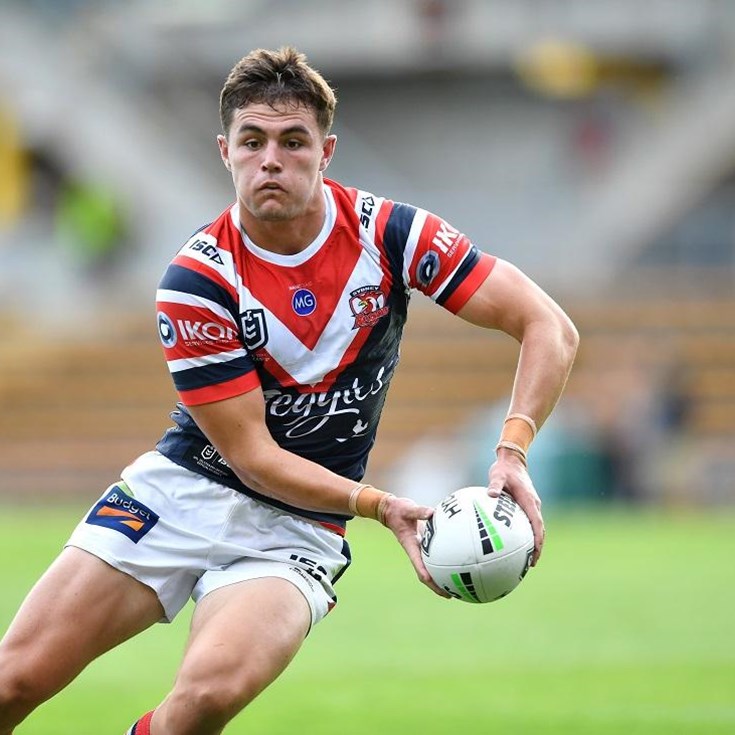