NSW VB Blues halfback Mitchell Pearce is okay after sustaining a concussion in last night’s Origin victory – and he’s desperate to continue NSW’s winning ways in the second match of the 2017 series at ANZ Stadium in under three weeks.

“A little dizzy, I feel alright,” Pearce said of his condition after arriving at Sydney airport this afternoon.

“I feel a bit sea sick which was what I was feeling last night. I haven’t had too many concussions in my career and it got me good.”

Pearce said the game was one of the highlights of his career – even if he only remembers a few select moments.

“Yeah not a whole lot [of memory], bits and pieces… feeling dizzy a bit after,” Pearce said.

“That first half was the hardest I’ve played and I heard Cooper Cronk and Cam Smith say similar things so if they can say that then it’s pretty accurate. It was fast paced with few stoppages and good to be a part of.

“Just the try. Fifita, 'Haynesy', they were special performances and I think James Tedesco was almost the best on the field – what a player.

“I thought the first half… we built pressure and got some rewards and it was a great performance from our forwards and it’s always good to play off the back of that.

“Fifita was outstanding, I was calling him Artie Beetson. He was constantly getting us on the front foot."

Pearce said he is trying to enjoy the moment as much as possible, relishing the victory in the sky blue outfit.

“I just try to be grateful for footy nowadays… doing what you love, it’s a dream," he said.

“Not many things match this feeling. You’ve got to enjoy it while you’re doing it.” 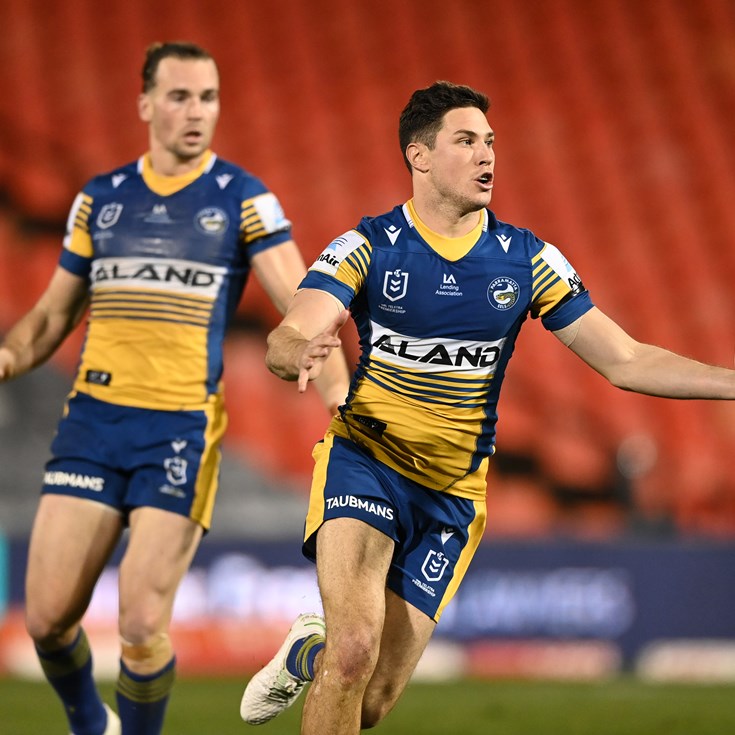