Illawarra have breezed past Mounties in their Round 17 Intrust Super Premiership NSW clash in the nation's capital.

The match started in cold conditions in Canberra as the sun descended on GIO Stadium.

Illawarra opened the scoring through Kalifa Faifai Loa after he collected a pass on the wing to run through and give the visitors a 4-0 lead inside the opening two minutes.

Both sides fought out an early arm wrestle until Mounties responded through a Royce Hunt try under the posts. Isaac John converted the try to give his side a 6-4 lead.

Illawarra didn't let that lead last long as a spectacular finish in the corner from Faifai Loa brought them ahead 8-6. The winger collecting his double inside 30 minutes after a great pass from Matthew Dufty.

Patrick Herbert looked certain to further increase Illawarra's lead but the centre couldn't place the ball down in-goal. His teammate Izaac Thompson made no mistake as he produced another great finish in the corner to stretch the lead to 12-6 with the visitors missing their third straight conversion.

Both sides headed into the break with the visitors in front 12-6.

The second half started promising for Mounties with Isaac John forcing an early dropout.

Brent Naden went close to the try-line but was forced out after great defence from Illawarra.

The home side soon got back on the scoreboard after a great offload from Bill Cullen was put down by Dominic Reardon. Halfback John missed the conversion as Illawarra held on to a 12-10 lead.

Illawarra fullback Matthew Dufty showed great agility to burst through avoiding numerous Mounties defenders to score. Patrick Herbert added the extra two to his side an 18-10 lead in the 55th minute.

The visitors did well to sustain what seemed like endless pressure from Mounties. Clay Priest was given an early shower after he was sent to the bin for a dangerous throw on Illawarra's Patrick Herbert.

Luciano Leilua capped off the win for the visitors as he managed to race through and place the ball down from a clever grubber kick to give Illawarra a 24-10 win. 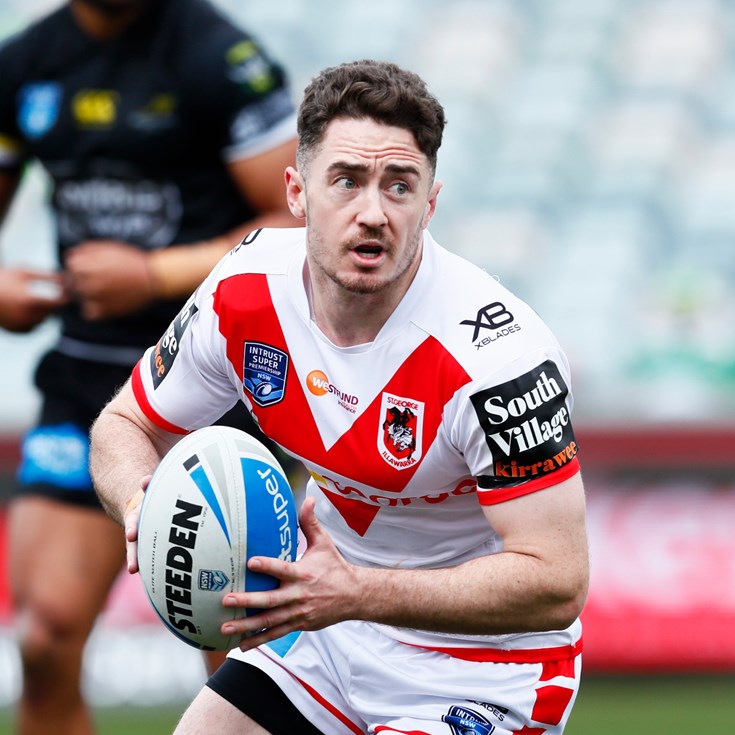 Dragons March on in Win Over Mounties