The North Sydney Bears have put in a hard-fought defensive display to hold off a valiant Newtown Jets outfit 16-12 at Henson Park on Saturday afternoon.

The Bears rolled through three tries in the opening 35 minutes to take a commanding 16-6 lead, but a last-gasp try on the half-time buzzer from Newtown set up an exciting second stanza.

The Bears battled strongly for a majority of the contest as the Jets dominated possession and field position, but it was North Sydney’s tireless defensive efforts that ultimately proved the difference.

Eli Levido was a shining light for North Sydney with two try-assists, while Cheyne Whitelaw continued his good form with another strong display.

The Bears were able to draw first blood in just their first set of six after Tautalatasi Tasi made a break down the left-hand touchline before drawing the fullback for captain Ed Murphy who streaked away under the posts for the first try of the afternoon.

The Jets were reduced to 12 men after conceding four consecutive penalties on their own goal-line, and the one-man advantage eventually proved costly as Eli Levido found Tasi with a perfect cut-out pass for the Bears second try of the contest.

An error off the ensuing set from the Bears invited the Jets straight onto the attack, and they wasted little time in capitalising on the rare chance as Jack Williams barged his way over for a valuable four-pointer.

Joseph Paulo converted to set a 10-6 score line after 18 minutes.

Edrick Lee made a break just moments later with players looming in support on his outside, only for his pass to find the ground and the scrambling Bears defence pouncing on the loose ball.

Ill-disciplined continued to mount a heap of pressure on the Jets, and the Bears soon found themselves on the scoresheet once again as Levido finished off a classy backline movement with another pinpoint cut out pass for Abbas Miski who crossed in the right-hand corner.

Levido nailed the sideline conversion to take a 10-point lead with just seven minutes remaining in the first half.

The Jets had the final say of the first 40 minutes after Leigh Higgins showed his pace to make an evasive run over half-way before Brent Anderson reaped the rewards just a few tackles later with a vital try right on the half-time siren.

Paulo converted from close-range to close the lead to just four points at the break.

The Jest were fighting valiantly as they were desperately searching for the lead for the first time in the arm wrestle contest, but were unable to threaten the committed the defence of the Bears.

A beautiful pass from Jets five-eighth Joseph Paulo was the start of a promising raid down the right-hand side, with Anderson going extremely close to claiming his second try however pulled up a metre short of the try line.

Some scorching bombs from Newtown couldn’t be defused from the Jets with Levido and Tasi fumbling the ball on two occasions, but the Jets just couldn’t sustain any further pressure with the Bears relentless goal-line defence proving too strong.

Time became the enemy for the home side but a seven-tackle set was the Jets final opportunity to snatch a late victory, but a poor last tackle option was the final straw in a hard-fought contest with the Bears holding on to claim as gutsy 16-12 victory. 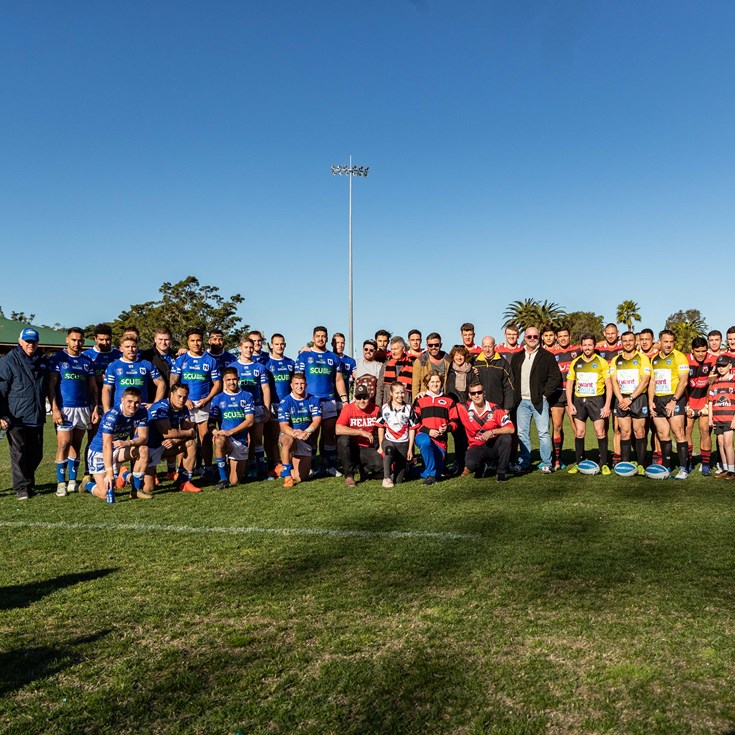