A 32-point loss to the Mounties in Round 25 of the Intrust Super Premiership NSW signalled the end of an at-times tough and testing 2017 season for the Blacktown Workers Sea Eagles.

Unable to conquer the beast that was the 2016 runners-up in the sides’ match-up at Aubrey Keech on Saturday (26 August), Blacktown finished their year with a disappointing loss – a reflection of the tale throughout much of their maiden campaign.

“It was the first season as the ‘Blacktown Workers Sea Eagles’, some of the boys didn’t know what to expect. We had a few ups-and-downs, but it was a good finish to the season with three [wins] of the last four,” Blacktown hooker Joey Lussick told NSWRL.com.au after his team’s loss to Mounties.

“One positive is that a lot of the boys, especially those towards the back end of the year who made the rise up into Cup (Intrust Super Premiership NSW) from the Ron Massey [Cup], and even the Sydney Shield, got some experience.

“Our depth got tested at times, but we’ll take plenty of lessons from this season into next year.”

Not least was the depth of the side tested up to, and into, the Sea Eagles’ clash with the Mounties in Sydney’s southwest to finish the season.

With regular halfback and Intrust Super Premiership NSW star Cameron Cullen travelling to Auckland with the Manly NRL side, Lussick was forced to make the shift from his regular hooking role to fill the void left by one of the competition’s premier number sevens.

Compounding Blacktown’s woes, five-eighth Jackson Hastings was brought from the field heavily concussed in only the 36th minute of play against Mounties – again, the side left scrambling to find an attacking spark.

“It’s a job I had to do for the team, with Cameron over in New Zealand with the top squad. The coach Halesy (Steve Hales) put me in there today, and I had to do the role as if I was always going to,” Lussick said.

“Cullo [Cullen] has been really good for us all year, he’s a little Energiser bunny. He’s a hundred miles an hour, and that’s what really got us home in a lot of our wins this year.

“It was his first season in the [Intrust Super Premiership NSW], being from the Queensland district, but he’d be very stoked the season he’s had with us.” 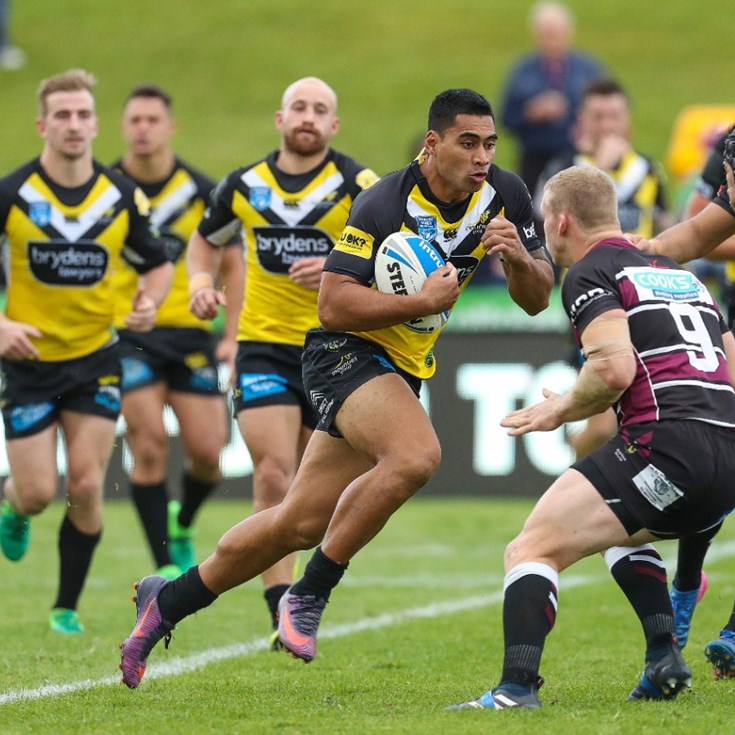 Dominant Mounties Pile On The Points