The New Zealand Warriors have cruised to a preliminary final appearance thanks to a Ata Hingano-inspired 30-6 performance.

Mason Lino was a welcome addition to the Warriors outfit as his control and fifth tackle options were sorely missed in last week’s match against the Penrith Panthers.

It took a while for the scoreboard attendant to be troubled at UOW Jubilee Oval, and only a simultaneous put-down by the Warriors’ Matt Allwood and the Knights’ Nick Meaney off a Mason Lino grubber gave the New Zealand side first points.

Ata Hingano kicked an incredible banana-kick from inside the Warriors 40 metre zone and Meaney could only watch on as it trickled into touch for a 40/20. Off the ensuing set, Hingano finished a short-side raid when he punched through a hole and desperately reached out for a try.

That try was the final scoring play of the half, and it was on of the three Warriors’ mid-seasons recruit to open the scoring after the break, when Zac Santo picked up the scraps in a kick contest to increase their lead to 18-0.

Their second mid-season recruit, Bureta Faraimo, was responsible for the next four-pointer when a brilliant cut-out ball allowed him to get one on one with his defender, and he is too good of a finisher to squander a chance like that.

Santo had his blistering speed and acceleration on display when he sliced through the line and somehow got past Meaney, before Curtis Naughton scored a consolation try to get the Knights on the board with just three minutes remaining.

The Warriors dominated for the entire contest, and their gallant performance shapes next week’s preliminary final against Wyong as an absolute thriller. 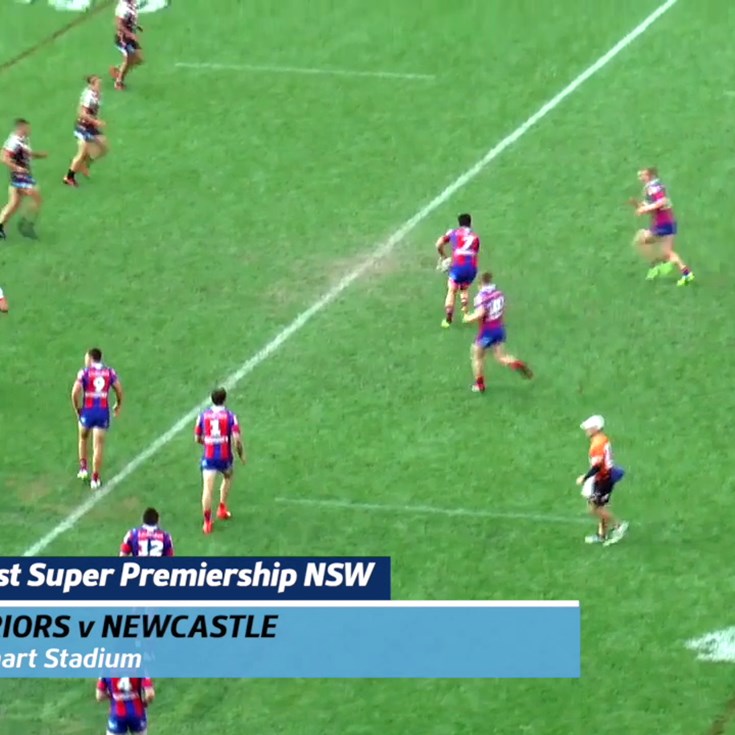