The Penrith Panthers have survived a Canterbury Bulldogs scare to take on the Wyong Roos in the 2017 Intrust Super Premiership NSW Grand Final.

Maika Sivo was incredibly involved all game, refusing to stay on his wing, but it was the Penrith forwards that set the platform for the afternoon, successfully getting over the top of a rampant Bulldogs outfit.

The game began with a disastrous start to the game from both teams; Penrith dropped the ball on tackle one of the kick-off, while the Bulldogs lost the ball the very next set.

Maika Sivo is no stranger to the try-line and he opened proceedings for the Panthers, before crossing once again off the back of his own brilliance when a kick didn’t find touch just moments later, but the referee found an obstruction on the lead-up play.

The Panthers dominated field position and possession and relentlessly attacked the Bulldogs left-edge defence without getting a result since the first try, so they went the other way and were immediately successful through Tony Satini, who barged over to create an 8-0 lead.

The game broke wide open when Francis Tualau - one of the two starting props who didn’t feature in the qualifying final extra time thriller against Wyong two weeks ago – charged onto a ball and busted through a hole, and patiently waited before he threw the perfect pass for a supporting Tyrone Phillips to run away and score.

As the Bulldogs took the momentum into half time, it would be the Panthers to trouble the scorers first in the second half when Viliame Kikau refused to go down before throwing an offload to Christian Crichton, who raced away from inside his own half to score the Panthers’ third try.

Mitch Rein burrowed over for another Panthers try, however all four conversions so far in the game were missed by Darren Nicholls and the scores remained at 16-6.

The Bulldogs scored a late try with just under two minutes remaining to set up the second heart-stopping finish for the afternoon, but the Panthers managed to hold on and will face Wyong in the grand final next week. 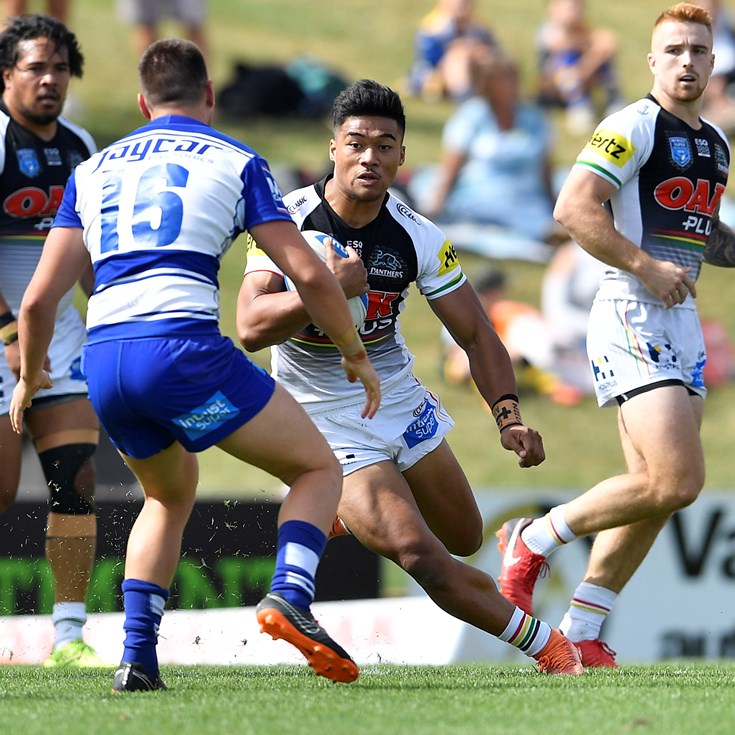