With NRL breakout stars Dylan Edwards and Tyrone May starting the year in the Intrust Super Premiership, the Penrith Panthers have done an incredible job to fill the gaps and cover for those players on their way to a grand final victory.

Mason Cerruto played a majority of the year in the Ron Massey Cup for St Marys and now finds himself with a premiership, while Jarome Luai has starred for the Panthers in the second half the season at five-eighth.

It’s no secret that the Panthers pride themselves on junior development and their depth, and winning the competition on Sunday night proves the fantastic job they are doing.

This isn’t the first premiership that Luai has won with Penrith, as he was also a part of the victorious Holden Cup side in 2015.

“That’s the benefit of building the team, younger boys are coming through the grades now and they’ve stepped up to grow,” Luai says to NSWRL.com.au.

“Pretty big shoes to fill, but I’m glad I could get the job done, whoever has stepped into those shoes has got the job done so it’s a credit to the boys themselves and the coaches as well.

“It was good coming through the grades with the 20’s boys and seeing them progress through to the NRL I got the chance to train with them a couple of days a week.

“That’s really helped my game throughout the year and get to where they are one day.”

It’s an unusual situation for the Intrust Super Premiership premiers of the past few years who celebrate the victory but have a game to play the following week against their Queensland counterparts.

The Panthers enjoyed a well-deserved night of celebration on Sunday, but that’s as far as it went.

“We had a night of celebrations and the coaches pretty much said it’s time to move on and that we’ve still got a job to do so we’re slowly getting ready towards Sunday and hopefully we’ll be ready for that,” Luai says.

“It hasn’t really sunk in yet, it was a pretty good feeling.

“We’ve worked all year towards this and it was pretty enjoyable.”

PNG’s historic victory in the Intrust Super Cup will see them face Penrith on Sunday afternoon, which is a great win for the growth Rugby League.

Luai is excited to be a part of the momentous clash and insists his side are as switched on as they were last week to pick up their second trophy in eight days.

“I know two guys [from PNG] and what they play like so I have a fair idea that they can carry the ball strong.

“They’re just really dedicated to their football so it’s good for PNG and good for Rugby League as well to see them up there.” 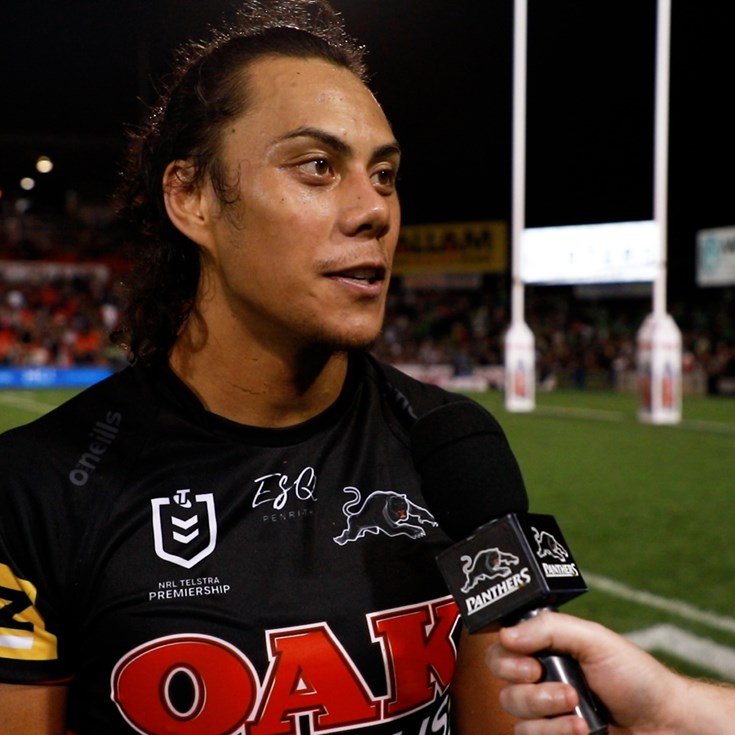 Jarome Luai with the individual brilliance

Panther Luai 'Happy To Be In The Mix'