It was a more settled campaign for the Wentworthville Magpies in 2017, but it finished with exactly the same result as last year; for the second consecutive season, they fell just one place short of the top eight.

As the dust settles on a heartbreaking finish to the season, many of the Magpies will be wondering just what needs to change if they are to climb higher up the ladder next season. Not since 2014 has the Eels’ feeder side played finals football and while they’ve showed promise under coach Nathan Cayless since his appointment in mid-2016, inconsistency has denied them the chance to play in September.

Wins were hard to come by in 2017 and of the Magpies’ nine victories, six came against sides who would finish below them on the ladder. In hindsight, a one-point win over eventual premiers Penrith in Round 8 was an impressive showing, but Wentworthville’s 52-8 victory over Blacktown in Round 3 was their most dominant performance of the year.

Admittedly, the Sea Eagles were finding their feet as a franchise with an all-new playing roster early in the year, but the Magpies’ nine-tries-to-two win caught the attention of many spectators. If they were able to repeat that effort in attack more regularly throughout the year, they could have achieved the two more wins required to make the top eight.

Wentworthville’s back three at the start of the year were extremely valuable to their side and go-to options in attack; when Bureta Faraimo defected to the Warriors midway through the year, he led the competition’s try-scorers’ list and by the season’s end, opposite winger George Jennings equalled his season’s tally with 14 four-pointers. It was fullback Honeti Tuha, however, who was likely their best in 2017.

Tuha, the Knights’ grand final hero of 2015 and a strong performer for the Magpies in 2016, lifted his game again this year to be a constant threat in attack. The fullback made the Team of the Week on four occasions and was close to making the Team of the Year, ultimately edged out by Wyong custodian Luke Sharpe. In addition to the backs Wentworthville were served well by a few hard-working forwards, none more than Alex Twal, who also was released mid-season for an NRL career with the Wests Tigers.

While the Magpies’ record against the top sides left a lot to be desired, they often found themselves in the hunt late in the game – but a failure to execute in the key moments brought them undone. In their three last matches where they were in the running for a finals finish, Wentworthville led the Bulldogs, Warriors and Knights at points in the second half, before being beaten on all three occasions. The worst of these results was against Newcastle in Round 24, when four Knights tries in the final 11 minutes saw them surrender a 24-8 lead – and a golden opportunity to seal a finals berth.

The season will not be remembered fondly by Wentworthville’s playing group, who will be sick of narrowly falling short of finals football. Too many frustrating ends to games were the Magpies’ downfall in 2017 and is a clear focus for next season, when Cayless will look to turn things around completely at Ringrose Park. 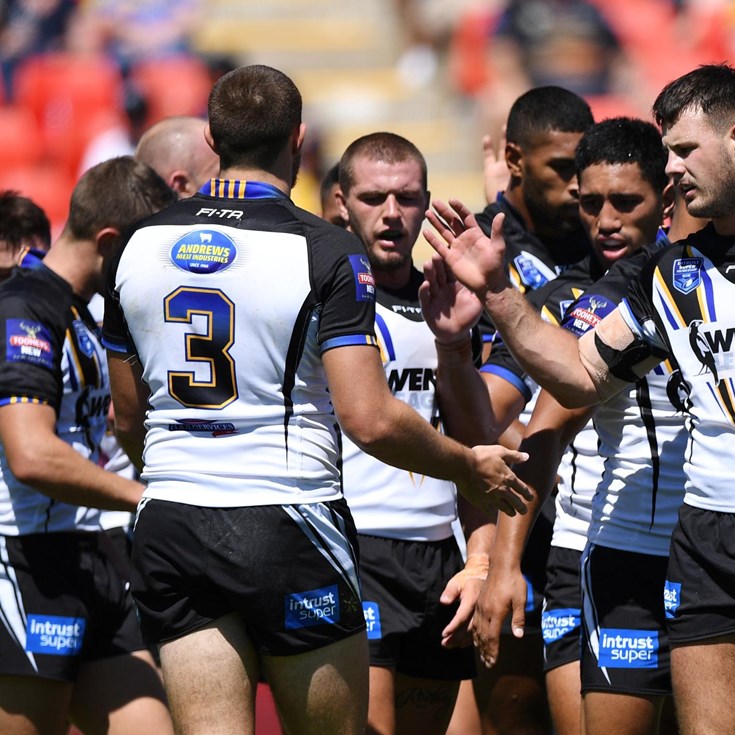