The hype is building about Penrith Panthers young gun Nathan Cleary's NSW prospects but the halfback insists there is still a lot of work left to be done before he can earn a State of Origin jersey.

Cleary, who used the emerging Blues camp on Saturday to learn about the Origin culture after missing junior representative opportunities as a teenager, has been touted as a strong chance to get the nod over incumbent Mitchell Pearce under new coach Brad Fittler this year.

"If I can take one or two things back to Penrith and put that into my game hopefully it can transcend to playing for NSW one day," Cleary told NRL.com.

"It's obviously a great honour to be mentioned already. Learning off guys like Freddy (Brad Fittler), Joey (Andrew Johns) and Bedsy (Danny Buderus) is awesome.

"To play for NSW one day would be a dream come true so hopefully I get that opportunity but I don't feel 100 per cent ready or anything like that, there is still a lot of work to do."

With his father Ivan coaching in New Zealand until the end of 2011, the NRL's leading scorer revealed he was stuck well down in the pecking order as a junior before launching into a first-grade career as an 18-year-old in 2016.

"I've never played for NSW at any level," Cleary said.

"Brock Lamb and Jack Cogger were the halves coming through and they definitely deserved it ahead of me back in the younger ages.

"I wasn't the best player growing up. It's weird how it pans out eventually. I'm lucky with the opportunity at Penrith. Not everyone gets that."

Cleary will link with off-season recruit James Maloney in the Penrith halves in 2018, reuniting after he was the New Zealand Warriors ballboy as a 14-year-old when the five-eighth was at the club.

"I remember playing around in the gym as a kid and I always used to say hi to him," Cleary said.

"He was good to me. They made the grand final in the final year before Dad left. Now to be playing alongside him is crazy.

"He hasn't been with us long [at Penrith] so we'll see how it goes leading into the trials now that we've got all the rep boys back."

With his future a topic over the off-season after Ivan spoke to NRL.com before Christmas about the prospect of linking with his son in the future, Cleary reiterated his happiness at Penrith. He comes off contract at the end of the 2019 season.

"I think he (Ivan) likes getting a bit of media attention," Cleary said.

"We're both cruisy so never spoke about it." 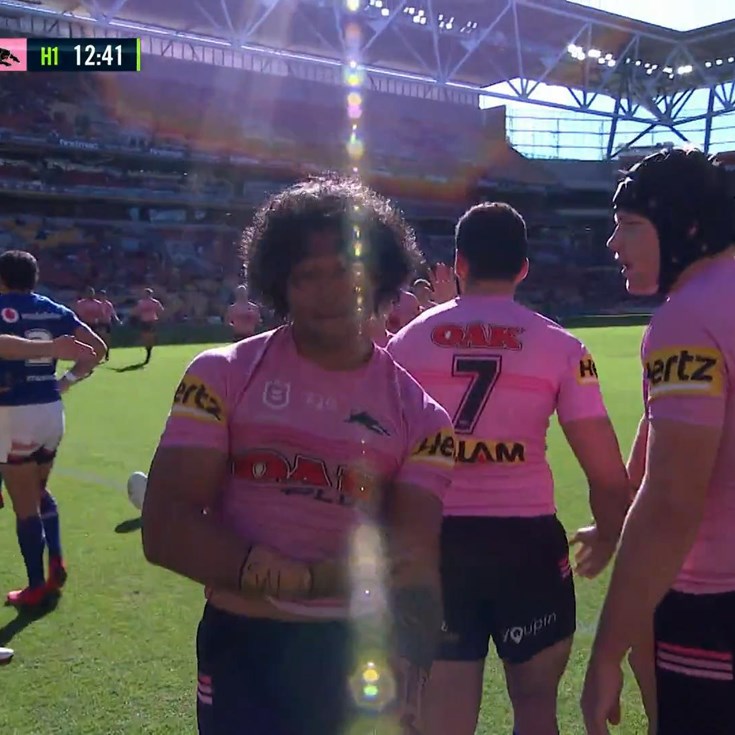