Since its inception last year, the Harvey Norman Tarsha Gale Cup has proven a successful breeding ground for emerging female players – and this season, that platform has extended into the coaching ranks.

As the only female head coach in the competition, Alysha Janssen is somewhat of a trailblazer in elite women’s Rugby League coaching. Taking charge of the Canterbury-Bankstown Bulldogs this season, she doesn’t take the opportunity lightly – but hopes she’s not alone for long.

“Obviously it’s a great achievement for myself, but I want other females to be involved in every aspect of the game,” Janssen tells NSWRL.com.au. “I want there to be more female coaches, more female trainers, referees, everything.

“I think it’s growing and I think it will get there one day, where we will see more females (in coaching). At the moment I think it’s a good platform.”

When Janssen’s playing career was cut short three years ago by an ACL reconstruction, it prompted her decision to pick up the clipboard. Originating on the NSW South Coast, she took charge of two women’s sides at the Berkeley Eagles, also working as an assistant coach at the Illawarra Steelers in last year’s competition.

Janssen’s journey has not been without its difficulties, but she has enjoyed unwavering support wherever she’s worked. That has been especially important at the Bulldogs, with the Wollongong-based mentor making regular trips north to Belmore for training and game days.

“Being a female, we haven’t been around in the sport for as long,” Janssen says. “Sometimes you can work with some players that might not have your trust as of yet, but you learn to build that straight away and they trust you – just like (they trust) the men’s coaches.

“(The Bulldogs) have been great. Obviously I’m not from around here so walking into a new side where I didn’t really know any staff or any of the girls, it was a bit nerve-wracking.

“I’ve got to know the players and staff really well, they’ve all been welcoming and great to work with.”

“He’s been great to work with, probably one of the best guys I’ve had to work with in my coaching career,” Janssen adds. “He teaches me just as much as the girls, so he’s good to have.”

The Bulldogs, minor premiers and runners-up in the inaugural Harvey Norman Tarsha Gale Cup, are yet to register a win in 2018, with early injuries hurting the squad over the first four rounds. Janssen hopes the return of key players will help deliver her first victory next week, when she faces up against her former club. The Steelers and Bulldogs clash at Collegians Sporting Complex, Figtree from 3pm on Saturday, 10 March. 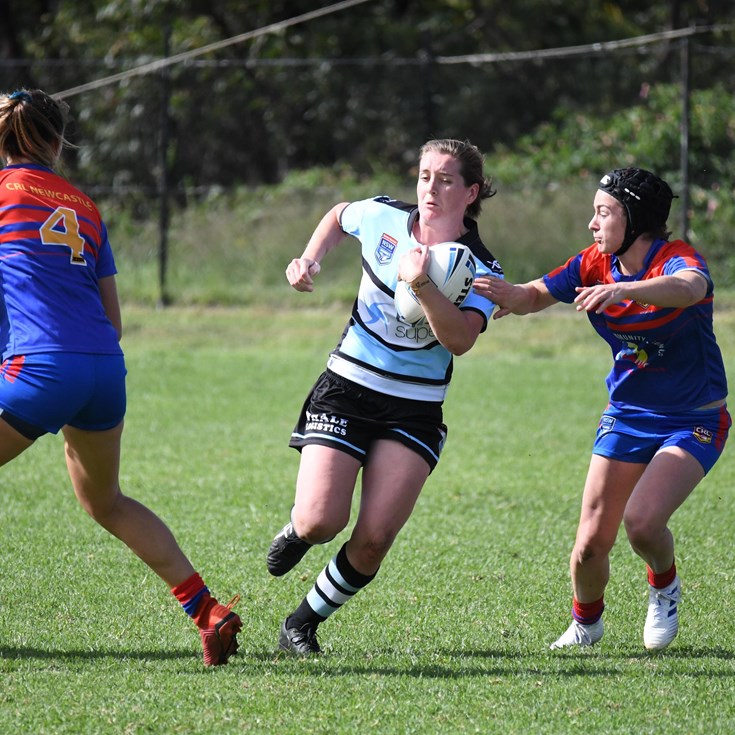