St George Illawarra winger John Toni has slammed his side’s performance in last night’s loss to Newtown in Round 2 of the Intrust Super Premiership NSW, but insists the team will improve in the weeks ahead.

The Dragons lost 24-12 and Tohi, who moved to the Red V from the Wests Tigers (now playing as the Western Suburbs Magpies) midway through 2017, said they only had themselves to blame.

“We just gave away too many penalties, too many dropped balls which led to tries, so I guess we just have to work on that next week,” Tohi told NSWRL.com.au.

“We couldn’t find points because we couldn’t hold onto the ball, simple as that. I guess it’s a bit of ball security and a bit of respect for the ball and that will lead to tries.”

The Mat Head-coached Dragons, who entered the season as one of the competition favourites, now have a 0-2 record after a tight loss to Mounties in Round 1. But Tohi believes the side is well placed to move up the ladder, particularly with new halfback Darren Nicholls in the side.

“Probably not [an improvement on Round 1], I think we completed more last week than this week, I’m not too sure but there’s still a lot to improve on,” Tohi said.

“It’s good (being at the Dragons). A really good bunch of boys and everyone’s friendly with each other so I’m liking it here.

“We will be better.” 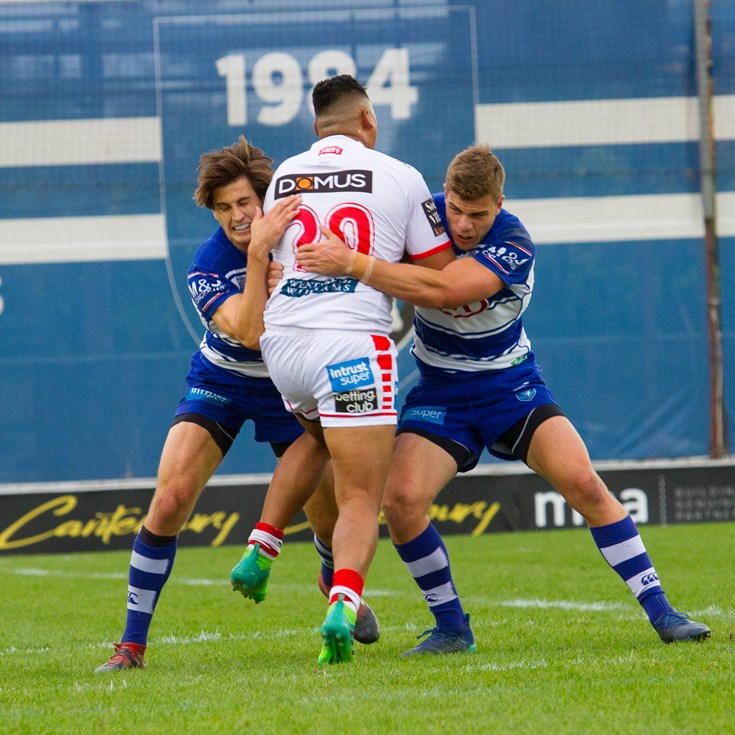