After giving up two leads in two weeks, it was the Newcastle Knights' turn to record a 24-16 comeback victory over the Wentworthville Magpies.

Danny Levi and Jack Cogger were outstanding for the Knights, who were desperate to get off the mark in 2018 and did so with a brilliant second-half performance.

Newcastle were quick out of the blocks, marching towards good field position with almost immediate effect. After back-to-back sets on the attack, a brilliant wrap-around by Jack Cogger had Sam Stone charging onto the ball, and he simply could not be stopped.

Wentworthville won the battle of field position and possession for the next 20 minutes, but to the credit of the Knights, they were only restricted to one try in this period. That came thanks to a brilliant solo effort by Arana Taumata, who skipped through the Knights defence and despite being momentarily halted, the crafty new recruit didn't give up on the play and fought his way over to open the Magpies' account.

The next try came once again to the Magpies, when a long ball to George Jennings found him in space, and he sprinted the better part of 40 metres towards the try-line to score in the left corner and nudge the home side out to a 10-6 lead at the half-time break.

A much simpler would open the second-half scoring for the Magpies, when Sam Gorman burrowed his way over under the posts and the game seemed to be slipping from the Knights.

Newcastle had blown two leads in the previous two weeks, but perhaps it was their turn to chase down a total as they soon scored back-to-back tries. Some absolute brilliance from Danny Levi created a hole for Bobby Treacy to stroll through, before Jack Cogger scored a few minutes later to snatch the lead back to 18-16.

The match-sealing try came through Brent Naden who scored with 10 minutes remaining, and the Knights' defence was able to hold strong for the remainder of the game. 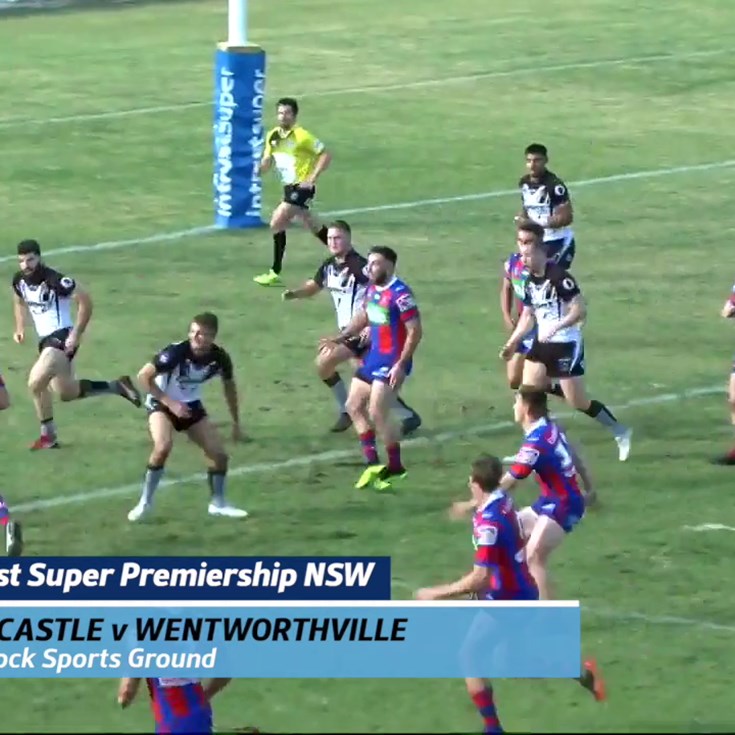