Penrith Panthers coach Anthony Griffin has praised the masterclass performance by his five-eighth turned halfback James Maloney as key to dismantling the North Queensland Cowboys  in Townsville on Thursday night.

The strong platform laid by their forwards for the full 80 minutes allowed Maloney to turn up the volume in game control. He scored 21 points out of the Panthers total of 33 through eight goals from eight attempts, a try, and a field goal.

Then you can throw in the two try assists as well.

Griffin was understandably happy with his halfback's performance, especilaly after losing regular No.7 Nathan Cleary to a serious knee just six days earlier.

"He was really good Jimmy he really lifted, as everyone did, but in particular I thought he controlled the game really well," Griffin said.

"He's an experienced play-maker and that’s why he's been brought here, to give us that type of direction and I thought he did a really good job of that tonight.

"With Nathan [Cleary] not there… there it put a lot more work on his plate but it probably simplified it for him too where he could just get in and do most of the kicking and direct the play."

Despite the penalty count being 10-3 against them, the Panthers simply put more energy into their game, and it showed on the scoreboard.

Although captain Peter Wallace was disappointed with the poor discipline, he was pleased with the way his side defended.

"We didn't have much field position that first half on the back of the penalty count but I thought we hung in there really well and defended our line and scrapped for our tries in the first half," Wallace said.

"We knew we had to come out and match them and I thought our boys laid a great platform for us in the middle, I thought that was probably the difference in the game tonight.

"[The forwards] laid a great platform and that let Jimmy do what he does, he had a blinder tonight." 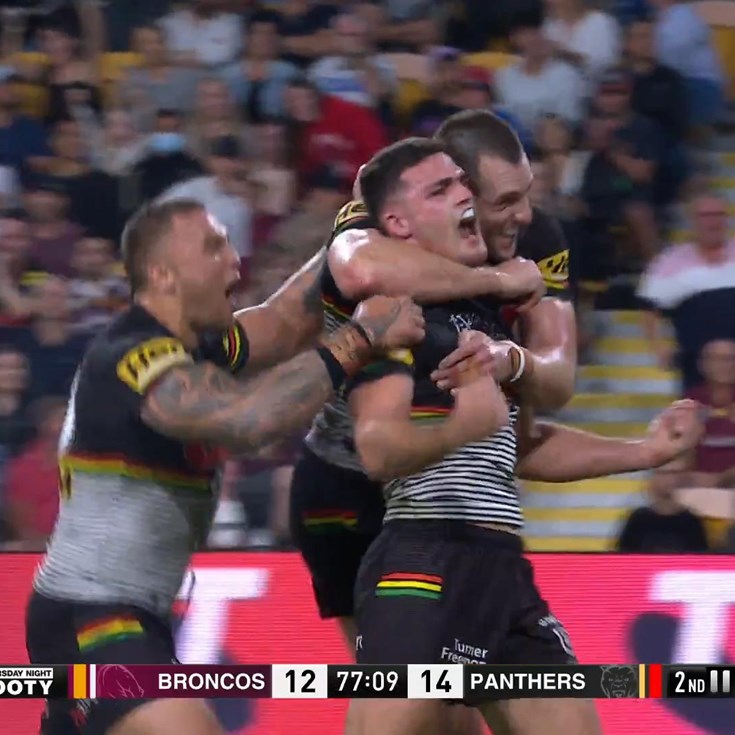