Usually, when a senior NRL player is relegated to the Intrust Super Premiership NSW they speak in no uncertain terms about their desire to return to the top grade. Not Lewis Brown.

Brown, a veteran of 15 Tests for New Zealand and 197 NRL games, was at least temporarily denied the chance to reach 200 when he was dropped from Manly Warringah Sea Eagles outfit after Round 1. Instead, the second-rower finds himself at Blacktown, with a young side which has certainly benefitted from his inclusion.

“I’m a bit of an old head, so (the goal is) coming back and teaching some of the younger kids the ropes and setting first grade standards too.

“For me it’s about being a leader, keep putting my hand up and taking my (NRL) opportunity when it comes. Obviously I’m back here for a reason and I’ve just got to work on things.”

I get more pleasure out of teaching these young kids the ropes as opposed to pleasure in me playing good.

Since returning to the lower grade, Brown’s influence cannot be questioned; the Sea Eagles are the Intrust Super Premiership’s only remaining undefeated team, with two wins coming after a Round 1 draw with Newcastle. It means Blacktown sit outright in first position for the first time since entering the competition last season, signalling a major success in the Manly-Blacktown partnership.

“It’s not only a reflection of the players, but probably a bigger reflection of the club as a whole,” Brown said. “It’s a great organisation out here, we all know that the west has a great breeding ground for Rugby League talent, but the Blacktown people are really building a great relationship with the Manly Warringah Sea Eagles.

“Credit to the board, the coach and the staff around us – they’re building something nice and it makes it a lot easier coming back.”

The trip along the Greater Western Highway has been made easier for the Manly-based players with the knowledge that both clubs are setting up nicely for the future. A premiership in the final Holden Cup in 2017 signalled the young talent at the Sea Eagles, with stars from that side now impressing for Blacktown.

“We’re a talented team, we’ve got a young bunch of kids who are still learning,” Brown added. “You’ve got the kids like Taniela Paseka and Manase (Fainu), he’s a great kid too, and we’ve got young Jade Anderson who can move and Tom Wright.

“They’re four kids that both clubs, Blacktown and Manly, can really build the club around in the future.

“I remember once upon a time I was that kid, luckily enough I had some good Test players and State of Origin players around me teaching me the ropes. I get more pleasure out of teaching these young kids the ropes as opposed to pleasure in me playing good.

“It’s just about passing down the wisdom and the talent and the rest of it takes care of itself.”

As classy a response to being dropped their ever will be, Brown's reaction tells of an organisation with a strong culture and could explain Blacktown’s current ladder position. With Brown once again in the second row, the Blacktown Workers Sea Eagles will look to consolidate their top spot when they take on third-placed Mounties at Lottoland from 5:15pm on Saturday. 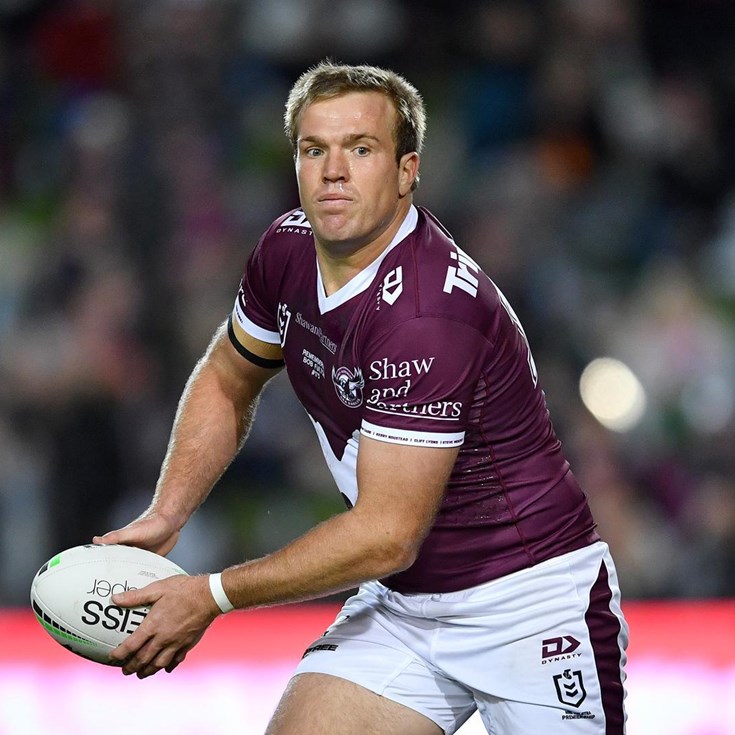