A sensational first-half performance that netted Newtown 22 unanswered points has led the Jets to a 36-12 win over Penrith at Panthers Stadium in Round 4 of the Intrust Super Premiership NSW competition.

Newtown, led once again by promising half Kyle Flanagan, were superb in the opening 40 minutes, running in four tries before the break in a first half where they completed 22 of 25 sets and enjoyed 68-per-cent possession.

The Jets looked set to soar from the opening and had a golden opportunity after just a few minutes but Reubenn Rennie couldn’t find his unmarked winger Matthew Evans.

The Rennie-Evans connection, however, soon got it right, scoring off a similar play on the left-hand touchline thanks to some slick backline play and some quick hands from Jets fullback William Kennedy. Flanagan’s first conversion of the match took the Jets’ lead to six.

The Jets extended their advantage on the other side of the field with Flanagan linking with back-rower Briton Nikora to find an unmarked Bessie Aufaga-Toomaga. Another touchline conversion from Newtown’s halfback took the Jets’ lead to 12.

The Jets’ hot streak continued following a repeat set earned by Flanagan, with fullback Kennedy dinking a grubber into the in-goal area, for Aaron Gray to swoop. Another Flanagan conversion extended the Jets’ lead to 18.

It took only a couple of minutes for Gray to cross for his second, the recipient of some more slick hands following a pass in traffic from strong bench forward Billy Magoulias and some fleet footwork from Blayke Brailey.

The Panthers opened the second stanza in far-better fashion, with winger Chad O’Donnell swooping on a dropped ball to open their account. Adam Keighran made no mistake with the conversion.

But the Jets hit back just a few minutes later, some great lead-up play from Scott Sorensen eventually resulting in Rennie finding open pasture, stepping his way from inside his own territory into unoccupied territory, past the Panthers’ last line of defence and over the tryline.

It was Flanagan, however, who iced the victory for the Jets with a selective pass to Magoulias, following a block play, sending the forward crashing over just three minutes from fulltime.

For the Jets no one was better than Flanagan in their second win of the season, but the rising star was ably supported by his team-mates, in particular Rennie, Brailey, Sorensen and Magoulias.

For the Panthers Keighran and Eisenhuth never stopped trying, and back-rower Liam Martin further consolidated his reputation as one of the league’s hardest-hitting defenders.

Next week Newtown host St George Illawarra at Henson Park while the Panthers travel to Aubrey Keech to face Mounties. 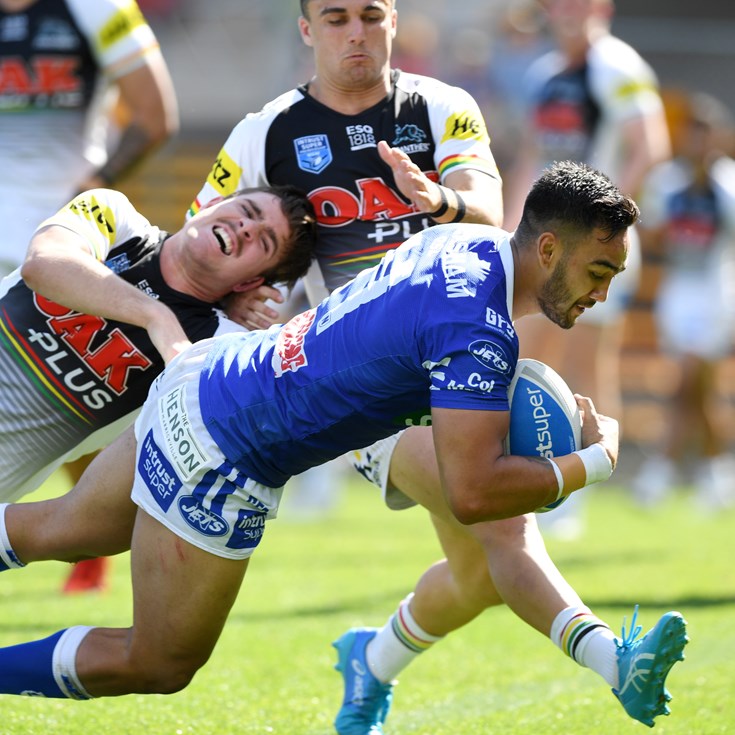