Backing up their Round 4, 44-4 win over the Wentworthville Magpies, the Magpies looked every bit impressive in the five-tries-to-nil success over the Auckland-based outfit.

With the backing of a handy home crowd, the Magpies posted first points and gave their rusted-on fans reason to cheer early. Back-rower Luke Garner crashed his way over the line from close range to send the hosts out by four, with halfback Josh Drinkwater slotting the ensuing shot on goal.

In an opening quarter were momentum ebbed and flowed, Drinkwater soon after ran in another six points of his own – the wily half jinking his way through the line to send his side out by 12 points, 27 minutes played.

Lucas Price collected a fortunate bounce to touch down for the side’s third first-half try, before Drinkwater set sail a 49-metre penalty goal on the brink of the break to cap a near-perfect opening 40 minutes for the Magpies.

Full of confidence at the change of ends, Western Suburbs began the second-half as they did the first – crossing for an early try.

A slice of luck saw a Drinkwater kick bounce perfect for his halves partner Tyson Gamble, who nabbed the free ball to score untouched, under the posts. Drinkwater made no mistake from in front, keeping his unblemished record from the kicking tee intact, in sending the Magpies to a 26-0 lead.

The final try was the dominant Mapgies creating something out of nothing when Nofoaluma skipped across-field, threw a ball to Drinkwater who fractured the defence with his running game before putting Fonua over untouched.

The Magpies consolidated their place atop the competition’s ladder with that win, proving they are the in-form side of the Intrust Super Premiership NSW. 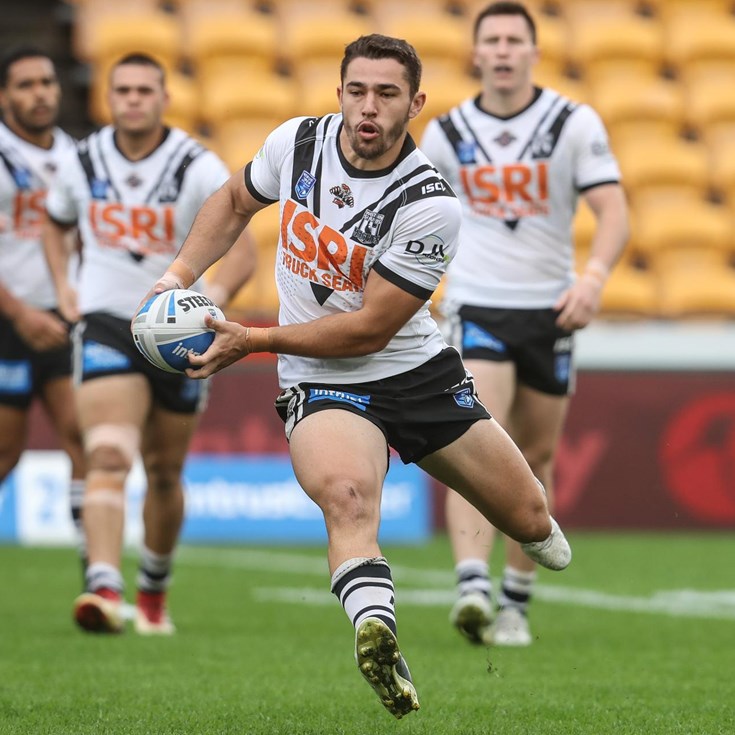 Nofoaluma 'At Home' in Magpies Colours