The Wentworthville Magpies have snapped a four-game losing streak, registering their second victory of 2018 with an upset 28-12 win over the Blacktown Workers Sea Eagles at H.E. Laybutt Fields.

It was just three weeks ago that the Sea Eagles made light work of the Magpies in a 46-0 victory, but this time two different sides took to the field; Cameron King was an important addition for the Magpies, while Moses Suli lined up for his first game in Blacktown colours - his third club in the space of two months. The Sea Eagles would also be without second-rowers Jack Gosiewski and Lewis Brown.

The match was an entertaining one, with high speed and physicality being played out in Blacktown. Joey Lussick took charge for Blacktown, but the Magpies were helped by Suaia Matagi, Siosaia Vave and Arana Taumata, who found himself in the middle of several heated moments.

Immediately from the kick-off, it appeared to be a more physical Wentworthville side than in recent weeks - and their strong start paid dividends with an early try to Suaia Matagi. The seven-time Samoan international took a short ball from Cameron King when the Magpies were in close range, crashing over for a try which would be easily converted.

In the scorching conditions in Sydney's west, the players were not to be relieved with stoppages early as a fast-paced game was played out in the opening 20 minutes. A Joey Lussick 40-20 and a number of close-range grubbers looked likely to earn the home side points, but the Sea Eagles were unable to execute. The most costly of these opportunities game when Lussick put a grubber in immediately off a scrum feed, only for Tyler Cassel to spill it over the line.

Errors began to creep in late in the half, with Wentworthville also failing to make the most of strong field position. As they looked most likely in the final minute of the first stanza, however, the Magpies received a penalty in front of the posts, opting to take the two. Nathan Davis calmly slotted the penalty goal for an 8-0 half-time lead.

The second half started in extremely physical fashion and at the end of the Magpies' first set, Taumata found himself on the turf. The Wentworthville halfback, who had been involved in several heated moments in the first half, was hit late after putting a kick in, with the Magpies then marching downfield.

From there, Nathan Cayless's men were able to build pressure with successive forced dropouts - and soon made the most of it with a nice try. The previously-strong Blacktown defence gave way as Piki Rogers sliced through to score his side's second, converted by Davis for a 14-0 lead.

The Magpies were playing with confidence and just three minutes later, it showed with what will go down as one of the tries of the season. The ball passed through 10 pairs of Wentworthville hands as they kept the ball alive, gradually shifting right to left until Atini Gafa crossed in the south-eastern corner.

A timely penalty allowed Blacktown to wrestle back momentum and when they got their first attacking set of the half, they made no mistake. Lussick turned the ball inside from dummy-half to send Denzal Tonise over to score.

The try was followed by both teams coming together, with Suli and Taumata once again heavily involved. Eventually, after both captains were cautioned by referee Damien Briscoe, the conversion was allowed to be taken and it was successful from Lussick.

The Sea Eagles looked certain to score another almost immediately after, with Jade Anderson making a clean break in the midfield and Honeti Tuha looming in support. Much to the frustration of the Sea Eagles, however, the play was called back due to an apparent fight breaking out in back-play.

Wentworthville's Brad Deitz and Tom Amone were both sin-binned for the melee, reducing the sides to 12 players apiece. It would the Magpies who would first make the most of the extra space, with Siosaia Vave crashing over near the points, but the Sea Eagles were not done with either; minutes after Vave's try, the Blacktown side found a big overlap for Suli to score a relatively simple try.

The Sea Eagles kept coming in the final minutes as they desperately tried to spark a comeback, but errors continued to halt their progress. Wentworthville were handed a late penalty goal and Davis made no mistake, completing an upset 28-12 victory.

In a highly entertaining and physical game, the @WentyMagpies complete the upset over the Blacktown Workers @SeaEagles!#IntrustSuperPremiership pic.twitter.com/nZIZzl5xhV 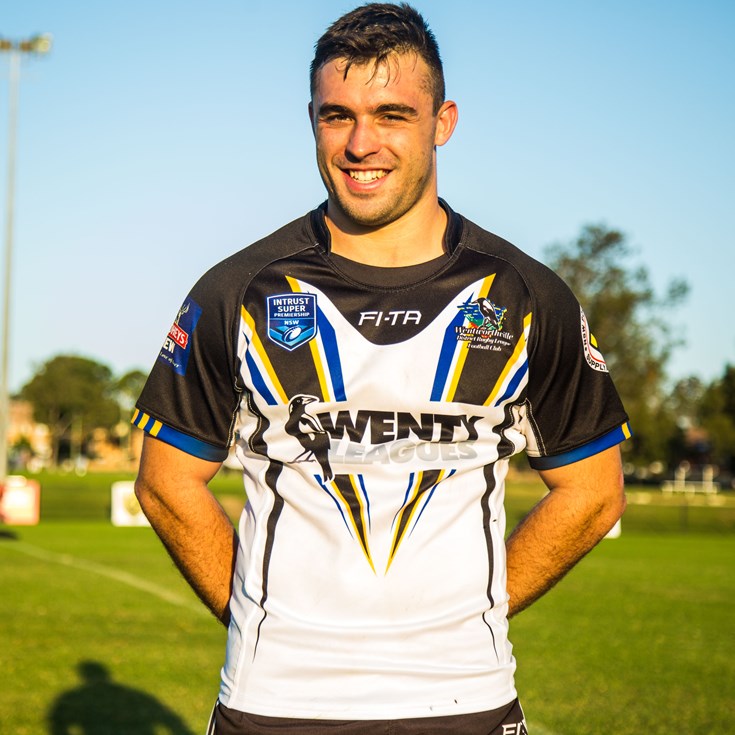