Blake Ferguson can't do much more on the paddock to further his NSW Origin cause, and has a simple off-field promise for Brydens Lawyers NSW Blues coach Brad Fittler should he grant him a rep footy reprieve.

"This year's a whole different story because I'm not drinking, so there's not going to be that problem," Ferguson put it plainly on Monday.

"That problem" is the four or five beers he and Josh Dugan went for a few days out from last year's Origin decider.

In the months that followed, Laurie Daley lost his job, Ferguson lost his Australian World Cup spot and was handed only a one-year extension by the Roosters amid concerns over his off-field behaviour.

I knew that I needed to sacrifice a couple of things and I feel like I've done that.

Since December, another four months on, Ferguson has adopted a self-imposed booze ban and been arguably the form three-quarter across the first five weeks of the Telstra Premiership.

He's certainly the most impressive of the Brydens Lawyers NSW Blues back five contenders, with four tries in five games and his 978 run metres streets ahead of the next best in the NRL, St. George Illawarra's Nene Macdonald (815m).

Similarly, Ferguson's competition best 92 runs have been priceless in carrying the Roosters out of their red zone, and speak to the 'onfield work' Fittler called out last month when pressed on the controversial Rooster's Origin prospects.

In the same breath Fittler stressed Ferguson's off-field progress, and the need "commit to it for a long time."

So far so good according to the 28-year-old, who says a return to footy basics, rather than sobriety, is behind his resurgence.

"I knew that I needed to sacrifice a couple of things and I feel like I've done that and it's paying dividends now," Ferguson says.

"Hopefully I can keep the same form throughout the whole season, that's all I'm looking to do.

"From December I've been off the drink. That's not a big factor to be honest, it's more a mental thing, that's a sacrifice that I've made.

"It's not like it was a big factor in me playing rubbish footy, just that's something that I wanted to do to satisfy myself.

"Sometimes you need to make sacrifices to get better and that's the one that I've made."

Plenty will question both Ferguson's past and his ability to stay off the drink in the future.

Ferguson admits that losing his Australian jumper stung, you suspect more than he lets on. The lack of contact from Fittler, less so.

Coach and player are on the same page there; Ferguson's on and off-field standards will dictate above all else.

"A tiny bit, the other motivating factor was [that] I let myself down," he says of his World Cup axing and strong start to 2018.

"I didn't satisfy my own standards last year.

"I probably only played about five or six bad games, but played a bad one against the Cowboys… for me that was a big motivational thing to be better for my teammates … If I keep playing the way that I'm playing hopefully I'll get picked. But I'm not going into every game thinking 'I need to play good, because if I play good I'll play Origin.'

"That's not how it works. If you play good, whatever happens, happens." 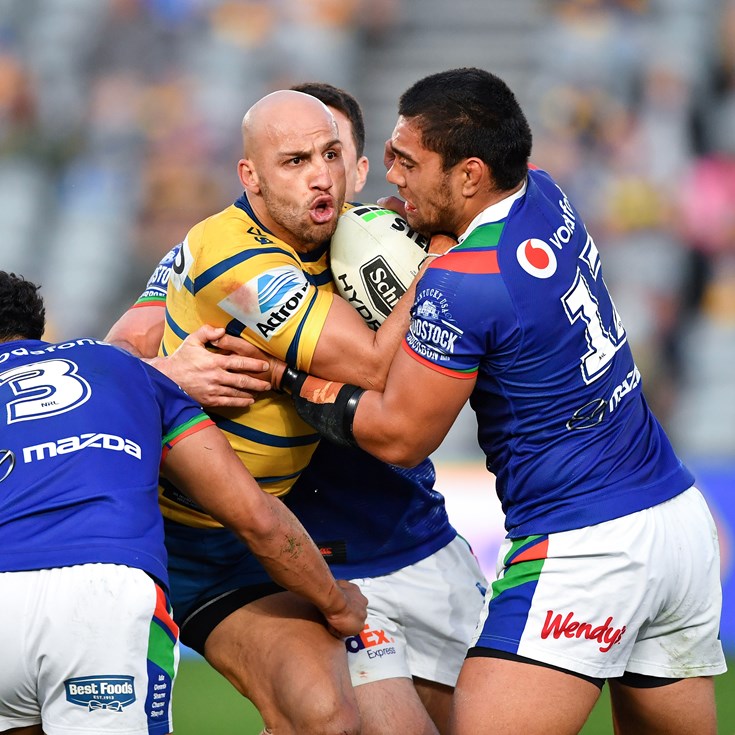 Another hit part of job for drought-breaker Ferguson