Newcastle coach Nathan Brown is confident dropping Brock Lamb to the Intrust Super Premiership will help him get back to his best, physically and mentally.

The Knights mentor believes Lamb, who has started as five-eighth over the past two weeks while Connor Watson recovers from a shoulder injury, is down on confidence, but dropping to the reserves will allow him to improve his all-round game.

"He will probably play a bit of a different role back in the reserves," Brown said.

Brown also rejects this decision spells the end of Lamb's future at the club.

Watson trained lightly with the team on Wednesday and is hopeful of a return in a fortnight's time, but in the meantime, it has opened the door for Jack Cogger to step into the No.6 jersey against the Wests Tigers on Saturday.

"Brock Lamb is a bit down on confidence at the moment and Jack has had a sensational pre-season," Brown said.

"Canterbury has obviously signed him, but we made sure that Jack knew that his form warranted him to get picked. So now he has got his chance and I am sure he will do well."

It will be the third five-eighth the Knights have used this season, and Shaun Kenny-Dowall believes Cogger will be up to the task in partnering Mitchell Pearce.

Benji's been the key for them - SKD

The match, which is a Tigers home game, will be played at Tamworth, and while the Knights will have local country-based support, they know it will not be easy against one of the Telstra Premiership's in-form sides.

Kenny-Dowall will also come up against former New Zealand teammate Benji Marshall, who has had a career revival this season since rejoining the Wests Tigers.

"It’s great to see him come into a bit of form," he said. 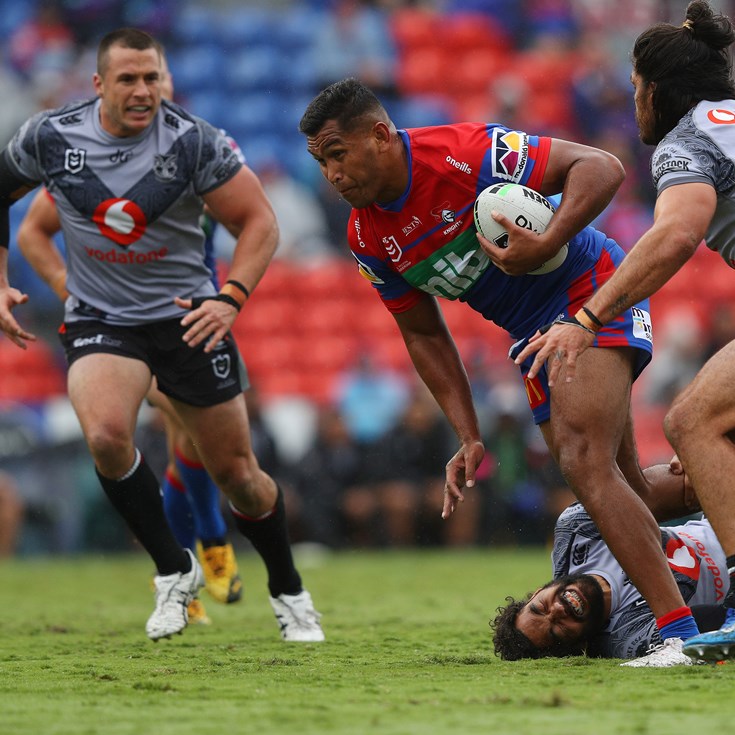 Table-topping Knights not getting carried away yet: Saifiti

Beanies for brain cancer round is back