Billy Slater knows pace when he sees it.

The Storm fullback has used his blistering acceleration and speed to weave and out-run thousands of defenders in his 15-year career in the Telstra Premiership.

So when Josh Addo-Carr made a burst through the Warriors defence on Wednesday night and only had Warriors fullback Roger Tuivasa-Sheck to beat, he knew something special was about to happen.

"It was amazing, wasn't it?" Slater said.

"I was still back on the 30- or 40-metre line, watching him just zig-zagging his way through, and once he came one-on-one with Roger I knew if he gave him too much room on the outside, he was gone. And he did.

"He underestimated him, like everyone does. The pleasing thing he did that on the right-hand side of the field – he's a left-hand winger."

Addo-Carr had a slow start to the year – Storm coach Craig Bellamy wanted him to "do more" – and he's stepped him his game over the last few weeks.

What makes the 22-year-old such a gifted athlete?

"He's got great acceleration and moves like no one else," Slater said. "His ability to change direction as well keeps you on his toes.

"He's got so much speed. You can't give him an inch on your outside, you have to calculate it to the millimetre. He's done me at training before, and you think you've got him covered and you don't come within two or three metres of him."

There's a chance Addo-Carr will receive a maiden call-up to the NSW Origin side this year. Slater would love to see his teammate get rewarded for his efforts.

"He's a fantastic player and doing some great things for our club and is a really hard worker as well," he said.

"I'm really happy for him and the way he's come on in the last 18 months, and he deserves every opportunity and success he gets."

Slater said his side's 50-10 win over the Warriors on Wednesday night was on the cards after strong recent performances in attack.

"I think we have been building for the last two weeks," he said.

"Our attack has been coming and it was the tip of the iceberg there for a while. Very pleasing to come up with the attack we did in the first half." 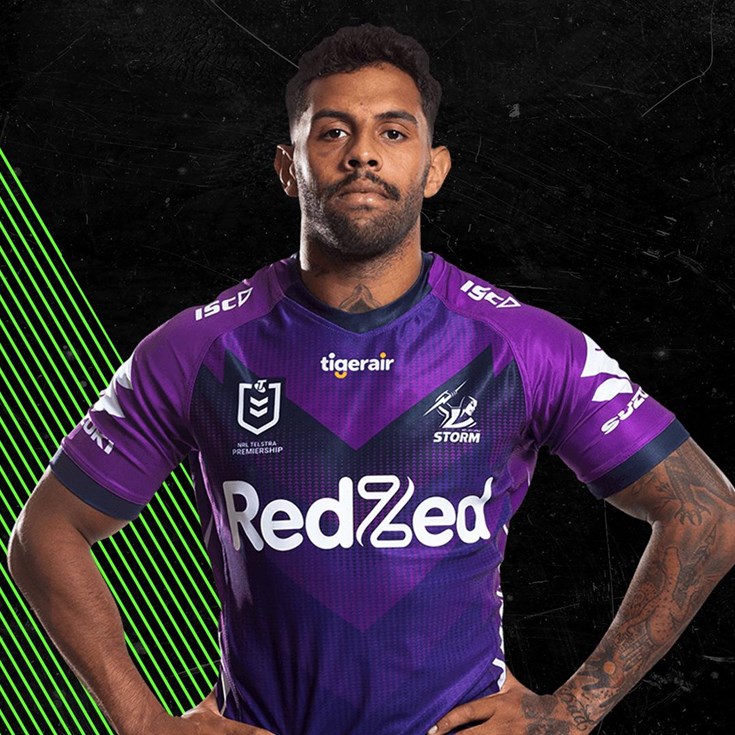 Curtis Scott sets his sights on a Blues Origin debut