A Fa'amanu Brown field goal in the dying stages has helped the Bulldogs record a valiant 23-22 victory over the Wentworthville Magpies at Belmore Sports Ground on Saturday evening.

Despite trailing 16-6 at half-time, the home-side were inspired by five-eighth Josh Cleeland and Renouf To'Omaga, who scored two crucial tries within the space of four minutes to help steer their side to a gutsy one-point win.

The Bulldogs made a strong statement early in the contest with some relentless defensive efforts, and combined with a host of penalties they were able to post two points thanks to a Cleeland penalty goal.

While both sides were fighting hard for valuable field position, the Magpies took full advantage of a seven-tackle set when Nathan Davis crossed in the left-hand corner.

It wasn't long before Reimis Smith lit up the Belmore faithful with a scintillating try, with the dynamic winger evading a host of defenders on a kick-return before palming off Josh Hoffman on his way to the try-line.

Cleeland was unable to convert as the Bulldogs held onto a slight 4-2 lead after just 20 minutes.

Another try beckoned when Lachlan Lewis bursted through some flimsy Bulldogs defence, before a deft grubber landed in the arms of a chasing Maos Cerruto but the fullback was unable to maintain possession.

Just moments later, the Magpies stole back the lead after some promising second-phase play found Davis for his second try of the contest.

He converted his own try to take a handy four-point advantage after 25 minutes.

Wentworthville were threatening for their second unanswered try, and some slick hands down the right-hand flank saw Nathan Milone finish prominently in the right-hand corner.

Davis was unable to convert from the sideline as the the Magpies took a 16-6 lead into half-time.

Cleeland looked to spark some life into the Bulldogs with two breaks through the middle after the break, but they were unable to capitalise with some costly handling errors.

The resilient defence of the Magpies was impressive to say the least, but they couldn't stop a powerful surge from Renouf To'Omaga as he barged his way over the line.

Once again, it was Cleeland who made the match-defining play after a clash right-foot step and offload to To'Omaga saw the barnstorming back-rower cross for his second try within four minutes.

Fa'amanu Brown converted to take an 18-16 with just 20 minutes remaining in the game.

Siosaia Vave was proving instrumental in the Magpies fightback in the closing stages, and his converted try with just 10 minutes remaining gave them a four-point lead.

But a try to Josh Bergamin with just three minutes left on the clock gave Brown the chance to snatch the lead, but although he was unsuccessful, he nailed the ensuing field goal just seconds before the full-time siren to post a hard-fought 23-22 victory. 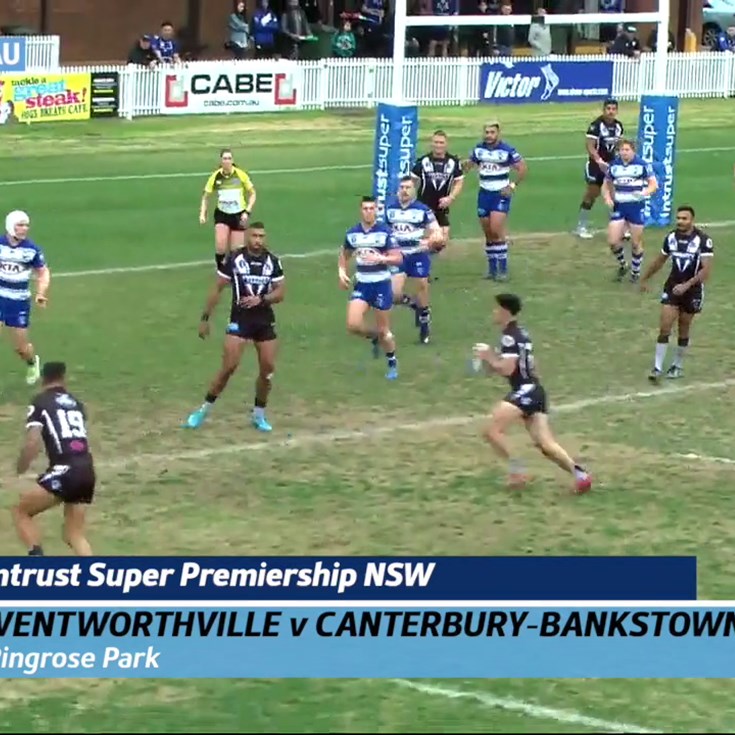