Test forward Wade Graham is in doubt for the Holden State of Origin opener after reinjuring his left hamstring in Cronulla's 22-20 win over Parramatta on Saturday night.

The Sharks co-captain will struggle to have his upper leg muscle fully healed by the time NSW selectors meet to pick the Brydens Lawyers NSW Blues team after round 12.

Coach Shane Flanagan said scans on Sunday showed he had re-torn the hamstring and is looking at another two or three weeks on the sidelines, making him no chance of facing Canberra next Sunday at GIO Stadium.

"He's very disappointed obviously, because he thought he did everything right to get back," coach Shane Flanagan told NRL.com.

"He trained well all week but it's come back to get him again. But he's right when he says he's got to play for Cronulla before he plays for NSW. I agree with that.

"I'd like him to play one or two games for us. So I think Game One (Origin) is a little out of the question at the moment."

Graham was forced to watch from the sideline as the Sharks conceded three tries in the last six minutes of the clash against the Eels at Southern Cross Group Stadium to almost lose the game.

Graham did admit post-match he might not be ready in time for the June 6 Origin series opener at the MCG.

"I have just got to get through a game at Cronulla first," he said. "Origin is not even on the radar for me now if I can't get through 80 minutes here. That has got to be the first focus."

Flanagan could have co-captain Paul Gallen for the Raiders, after he's missed the last three games with medial knee ligament damage.

"Gal trained really well (on Saturday). He was jumping out of his skin," Flanagan said. "It probably did surprise all the staff how well he trained.

"He's talking a good game Gal so we'll give him every chance of playing next weekend if he continues to train well."

Before Graham hobbled from the field after Sosaia Feki crossed for his second try in the 28th minute, he had been in good form and he combined with five-eighth Matt Moylan for the opening try in just the third minute.

Flanagan is trying to balance matches with his injury-ravaged side, which was missing Luke Lewis (calf) and Jayson Bukuya (virus) on Saturday. Graham and interchange forward Scott Sorensen (broken hand) now join the list.

Sorensen had scans on Sunday to reveal a spiral fracture in one of the bones of his hand.

"So we don't know if they have to operate, to put some hardware in there, or just let it heal. We have to wait until he sees the surgeon on Monday," Flanagan said.

"But he's two or three weeks whichever way they go."

Flanagan said he would be working this week on getting his players to commit to the full 80 minutes after they let in three Eels tries at the weekend, after allowing the Penrith two score two late ones a fortnight ago.

"It was like a horror movie that last eight minutes. It just shows that when teams get momentum it is hard to stop. We should have stopped the first two tries and we didn't," Flanagan said in his post-match press conference.

Flanagan ssaid Bukuya would return for next Sunday's trip to Canberra. 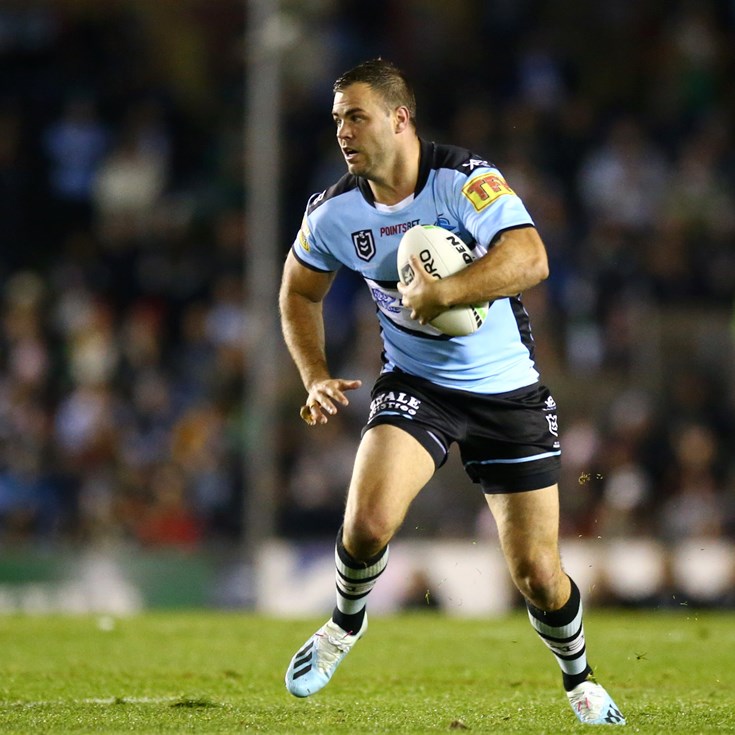 'We expect to be in finals': Graham ignoring doubters