It’s astonishing to think that Damien Cook was battling for the South Sydney No.9 jersey in the preseason given how many are singing his praises for a State of Origin call-up when the team is announced in two weeks.

To keep Robbie Farah - a 16-time NSW and 271 NRL game veteran - out of the team is a remarkable feat in itself, but now he’s a chance of keeping every other NSW-eligible hooker out of the Origin team given how dominant he’s been out of dummy half this year.

His ability to pick the right moment to run has seen him break the line on six occasions this year, each time blowing opposition defenders away with his raw speed that is a wonderful sight to see for the spectator. He’s made the most runs out of dummy half with 59, with an average of 110 running metres per game.

There’s no doubt Damien Cook is in-form, but don’t think this is a shock to his teammates. Rabbitohs captain and potential Origin opponent Greg Inglis couldn’t speak highly enough of the live wire hooker.

“You guys only see what he does in the 80 minutes,” Inglis said.

“Cookie has been working his backside off and [continually] going to ‘Seibs’ [Anthony Siebold] and the coaching staff just wanting to learn.

“That’s the character he is and the person he is, we see what he does around the training field and he wants to concentrate on is doing the best he can for South Sydney and for the team.”

The No.9 spot for NSW is arguably the most hotly contested jersey within the team, given the red-hot form of Cameron McInnes and the spark that Api Koroisau can provide.

You guys only see what he does in the 80 minutes

There is scope to run with two hookers, with eighth Immortal Andrew Johns stating earlier in the year during Channel Nine coverage that Cook would be a nightmare for Queensland off the bench.

His club form – as Brad Fittler has stated for all players on a number of occasions – is priority number one in order to gain that jersey, and his club captain shares the same sentiment.

“If he gets picked all the best to him, but as far as Cookie is concerned, he just wants to put his hand up and play his best footy for us first,” Inglis says.

“It’s a credit to him, and [Origin] is just around the corner.”

While it’s been his attack that has raised eyebrows, it was the defence of Cook and the Rabbitohs that won them the game against the Dragons yesterday.

To state the blatantly obvious, defence is imperative in the Origin arena, and Cook has shaped up defensively this year with 420 tackles and more than 90% tackle efficiency – not bad for someone who weighs 88 kg.

Cook has made his desire to play Origin no secret and turns back to his performances for the red and green and the form his side are in as the best avenue to secure that jersey.

“If I ever got the chance to play obviously I’d love the opportunity,” Cook said to NRL.com.

“If we keep playing some good footy here and playing consistent and getting the wins those things will take care of themselves.

“There was a period where they had a few sets on our line and we just kept turning them away, we definitely found a way with our defence tonight.

“It was disappointing not to keep them to nil, but they didn’t score off any shape so I guess that’s a positive thing as well.”

Cook and the other candidates for the NSW hooker role have two more club games to prove themselves to Brad Fittler and the selectors. 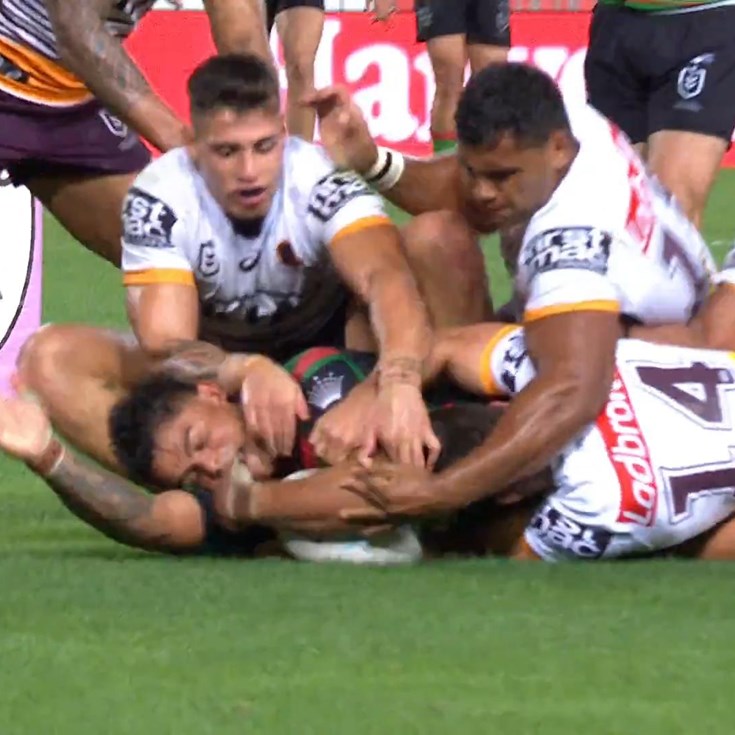 Damien Cook and Cody Walker put on an Easter clinic