The 11 rookies in Brad Fittler's new-look NSW line-up will come from far and wide to grace the MCG turf on Wednesday night – and five of them from further back than most.

So too Queensland counterparts Ben Hunt and Josh Papalii, the latter trotting out for Mounties just two months ago.

Reasons for their relegations vary. Peachey was famously sent back to the Panthers' Intrust Super Premiership ranks for arriving late to first-grade training midway through 2016.

That he'd spent $250 on a cross-city cab ride to get to Penrith after waking up late in Cronulla didn't matter to coach Anthony Griffin or Peachey, who dubbed his axing a "massive spark up the behind".

Playing footy for fun, and running mullet in a tinnie with his dad.

Roosters coach Trent Robinson described Mitchell's bounce-back as being as "professional as I've ever seen a guy [dropped], whether he was 19 or 20 or 32".

Vaughan meanwhile was burned by Ricky Stuart's abundance of big men in the nation's capital.

It was the beginning of the end at his junior club, with salary cap pressure pushing him out of Canberra's starting side and to the Dragons within six months.

No doubt tougher to cop than a punishment for ill-discipline or a break from the rigours of Rugby League for a country teen, Vaughan reckons it all boils down to the same result.

"It's not something we talk about or anything but all the boys are here now and its testament to their character and you've just got to trust yourself at the end of the day," Vaughan told NRL.com.

"Sometimes it happens, if you're not playing your best footy that is where you end up, in reserve grade.

"You go back to basics, get your confidence back and that's all you really need.

"I knew I was a first-grader that whole time. I didn't agree with it but I had to go back and I was at Mounties at the time and I enjoyed my footy down there."

Like Vaughan, Addo-Carr moved on to move up. A cherished NRL debut was handed to him at the Wests Tigers, a day after he told them he'd signed with the Storm for the next three years.

A try on debut and face-mask try celebrations followed, along with more time playing in curtain-raisers than the main show.

Two years on Addo-Carr has done away with the post-try antics, cut back his errors and rocketed into a NSW jersey as the fastest man in the game, telling the media last week: "That's the whole reason I moved down to Melbourne. I knew Craig (Bellamy) and the coaching staff and the players would turn me into the player I've always dreamed to be."

Cook meanwhile has spent more time in the Intrust Super Premiership than the NRL, bouncing through the Illawarra Cutters, Canterbury-Bankstown and South Sydney ranks en route to his Origin debut.

He last turned out for feeder outfit North Sydney two years ago, but feared he was headed straight back to reggies when Robbie Farah arrived at Redfern.

"My first reaction was the NSW hooker is coming, I better try to find a job elsewhere," Cook says of Farah's signing by the Rabbitohs 18 months ago.

"They were bringing him for a reason. But I spoke to the right people and realised how much I could learn and it was the right decision I made."

Like more than a few of his NSW teammates, Cook knows he's not above one of the game's regular pitfalls. He's not the first player to bounce around at the lower level, won't be the last.

And Origin's greatest reserve grade call-up will always be reserved for Arthur Beetson. Even if it is a myth (Beetson played first grade for the Eels two days before the inaugural Origin clash in 1980, and was only dropped to Parramatta's second-grade side after playing for Queensland).

But it doesn't make the rise of Cook, his Brydens Lawyers NSW Blues teammates or Maroons opposition, any less sweet.

"It's something I'm proud of that when I did get knocked back I didn't just give up. I'm proud of myself for sticking in there." 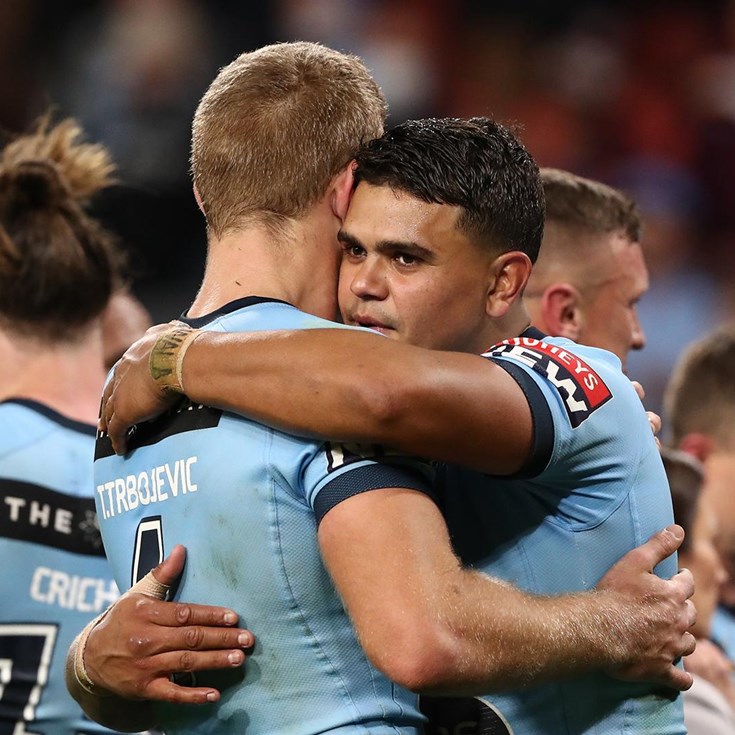