A Brad Abbey hat-trick has inspired a relentless first-half blitz from the Mounties, as they recorded a 22-16 victory over the Newtown Jets at Henson Park on Saturday afternoon.

Four unanswered tries in the opening half-an-hour gave the ladder-leaders a commanding 22-0 lead, with Abbey the main beneficiary with three impressive efforts of his own.

A late try to Matt Evans just before full-time gave the Jets a glimmer of hope in their valiant second-half efforts, but the strong defence of the Mounties proved too strong as they held off a fast-finishing Jets outfit.

The Mounties shot out of the gates after an explosive run out of dummy-half from Garvey split the Jets defence before sprinting 40 metres for the first try of the afternoon.

They extended their lead when Abbey stormed his way over in 14th minute, courtesy of some quick thinking from Garvey who opted for a raid down the blind side on last tackle.

Aaron Gray was the man most likely to get the Jets back into the contest with some barnstorming carries on the right-edge, but his efforts were to no avail as Abbey crossed for his second try after he finished off a classy backline movement with a determined effort close the line.

Abbey proved to be a handful with the ball-in-hand but just as dangerous in the air, and he completed his first-half treble after he latched onto a scorching Ata Hingano bomb over William Kennedy to give his side a commanding lead.

Kennedy redeemed himself just moments later after the Jets had a golden opportunity to salvage a last-gasp try just before the break, and a well-executed backline movement saw the livewire fullback hold the ball up perfectly for Bessie Aufaga-Toomaga who finished with an athletic leap in the right-hand corner.

Kyle Flanagan hit the post with his attempted sideline conversion as the Mounties took a dominant 22-4 lead into half-time.

The Jets were unable to reduce the deficit despite having a host of chances to snatch an early four-pointer but couldn't break the Mounties committed goal-line defence.

The Jets responded with some resilient defensive efforts of their own as both teams were unable to do any further damage to the scoreboard, but when Billy Magoulias crashed over in the 60th minute reduced the lead to just two converted tries.

They had a quick chance for back-to-back tries in quick succession after the ball travelled way over the dead-ball line on the ensuing kick-off, but they were unable to find a breakthrough.

A remarkable comeback was on the cards after some slick hands found an unmarked Evans in the right-hand corner, with Flanagan nailing the sideline conversion to reduce the lead to just six points with the full-time siren nearing.

Some incredible second-phase play in the dying stages saw a late Jets try loom, but a foot in touch ruined their chances as the Mounties held on to claim a defiant 22-16 victory. 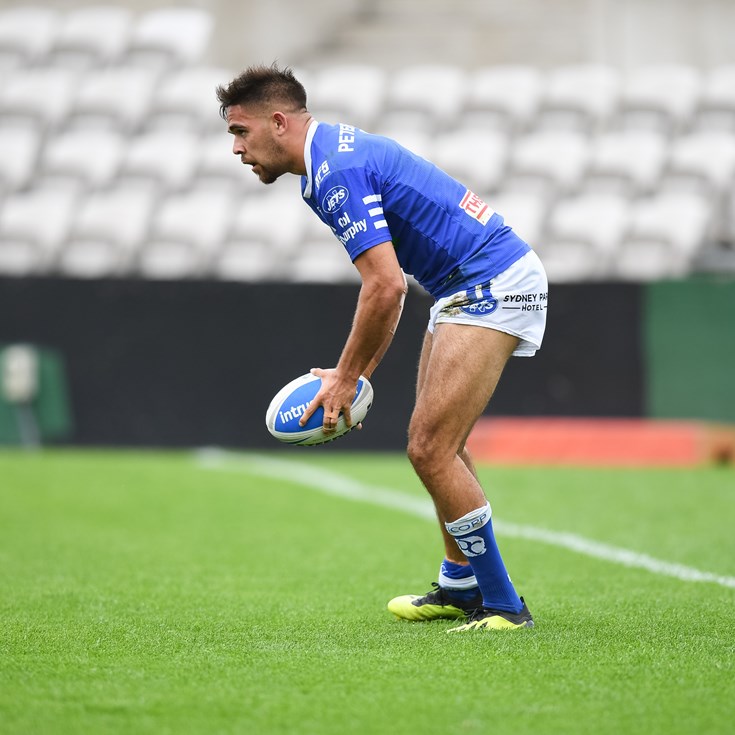