The home side got off to a great start in the sixth minute when skipper Mitch Williams found a hole down the right-hand blind side to send centre Billy Smith over to score the opening try untouched.  Josh Mantellato converted for a 6-0 Wyong lead.

Wyong then gave away an obstruction penalty from the next set in possession from the restart.  From the penalty set, a clever left side switch saw Wentworthville half Rhys Davies serve up a short ball for giant fullback Nathan Davis to carry a couple of Wyong defenders over the line with him for the replying try.

Davis duly converted his own try to lock up scores at six points apiece.

Wyong were lucky not to concede another try after giving away a second penalty when in possession – this time for not playing the ball with the foot in the 12th minute.

However, Wentworthville centre Kirisome Auva’a knocked on in goal when attempting to score from the penalty set.  From the turnover, Wyong worked their way downfield for Sean O’Sullivan to put up a high kick for centre Paul Momirovski who spectacularly stole the ball from his man mid-air and scored the home side’s second try.

Mantellato added the extras wide-out for a 12-6 Wyong lead.

Wentworthville then made the most of a 5-1 first half penalty count in their favour from referee Damien Briscoe by working field position to earn a repeat set from a goal line drop out nine minutes from half-time.

From the line dropout set, Wentworthville hooker Piki Rogers burrowed over from dummy half to score.  Davis missed the conversion for a 12-10 Wyong lead.

The home side finally received their first penalty two minutes from half-time.  From the penalty set, a sweeping left side movement was finished off by second rower Brock Gray who burst clear wide-out to score near the left corner.

Mantellato added his third conversion from near touch as the half-time siren sounded for Wyong to lead 18-10 at the break.

Wentworthville started the second half well when winger Greg Leleisiuao scored a superb solo try from inside the Wyong 20 metre area through some token defence to cut the Wyong lead to 18-14 after Davis again missed the conversion.

Wyong then scored close to the best counter-attacking try of the ISP season 15 minutes into the second half.

Wyong 2017 ISP fullback of the year Luke Sharpe picked up a clearing kick just inside his own dead ball line before launching a superb 75-metre kick return to place the home side on the front foot.

Two tackles later, Momirovski burst through the backpedalling Wentworthville defence to score his second try.  Mantellato again added the extras for a 24-14 lead.

Seven minutes later, Wyong half O’Sullivan ran to the edge of the Wentworthville defensive line before popping up a sweetly timed pass for second rower Josh Curran to score wide out on the right.

The wide angle was no problem for Mantellato who again converted for a 30-14 Wyong lead.

Wentworthville launched a counter-attack from a Wyong turnover from the restart for centre Kirisome Auva’a to score and keep the visitors in touch three minutes later.

Davis converted to cut the Wyong lead back to 30-20 with under 15 minutes to play and keep the visitors’ hopes of a late comeback alive.

However, trying to play catch up football caught up with Wentworthville with six minutes left.

A loose pass on attack on the last tackle was picked up by Wyong flyer Reece Robinson who dashed 60 metres down the right touch-line before effortlessly stepping inside Davis coming across in cover to score the match-sealing try under the posts.

Mantellato’s conversion put Wyong out of sight at 36-20.

Wyong then put the icing on a sweet cake with three minutes to play when crisp, sharp hands down the right channel saw Smith score his second try near the corner.

Mantellato completed a perfect day with the boot when he nailed his seventh goal from seven attempts to close out the 42-20 win.

Wyong will look to continue their mid-season ISP revival after the Representative Weekend when they play the North Sydney Bears at Morry Breen Oval on June 30, while Wentworthville will try to arrest their losing streak against the Newtown Jets at Henson Park on the same day. 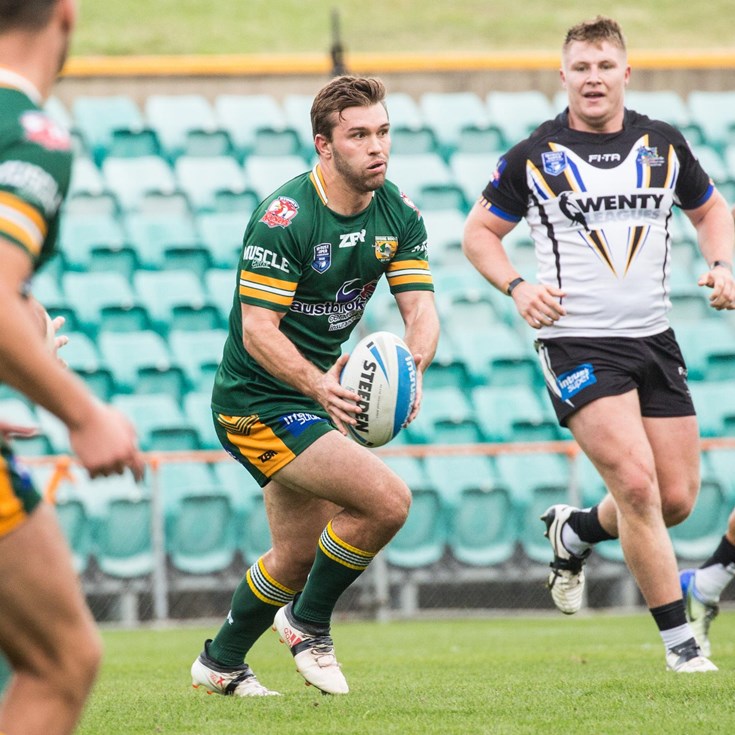