Brydens Lawyers NSW Blues skipper Boyd Cordner turned in one of the great captain's knocks in his team's 22-12 Origin I win and says he felt the pressure to lead the next generation by example.

Cordner's power-packed 80-minute effort was one of the best individual performances in the Holden State of Origin series opener, with Telstra Tracker data and NRL.com Stats highlighting just how impressive his marathon effort was.

Asked by NRL.com for an insight into what drove the stunning effort, Cordner said he wasn't aware of the numbers but knew he had to bring his best in what was the first game of a new era for NSW.

"As players we don't really hear about those numbers because we've got a lot to worry about in the game but going into the game I just knew that every Origin is massive and I really went in there with a clear head and a clear focus on what I wanted to get done," Cordner said.

"With the amount of debutants (11) we had I felt that I had to step up personally and do my best for the team.

"We had a lot of debutants coming in, guys that play with a lot of confidence at their club level. In the Origin arena it's a different beast so I was chatting to them all week and I knew that whatever I had to say I had to back it up. I felt I did a fair job at that.

"The challenge now is to do it again because we know it's going to be a lot tougher for us going into game two."

Cordner's influence clearly paid off, with the majority of the Brydens Lawyers NSW Blues' 11 debutants playing out of their skin.

It may have been Cordner's 10th Origin, but he's not sure he's ever given more on the field than in game one this year.

"There was a stage there in the second half where I thought 'this is Origin, this is what it's all about'," he said.

"I love those moments. That's why Origin is so great – because you take yourself to that place you don't think you can go. To come out and get rewards at the end of it, that makes it worth it."

Cordner is one of six survivors from the NSW team that smashed Queensland 28-4 in game one last year in Brisbane only to get run down in an 18-16 loss in Sydney in game two then dominated 22-6 in the Brisbane decider.

Cordner, along with James Tedesco, Tyson Frizell, Jake Trbojevic, James Maloney and David Klemmer, will carry more than enough hurt to be desperate to avoid a repeat of the same in 2018.

"I think we can take a lot of valuable lessons out of last year," he said.

"The hurt that we felt as a playing group and not only us, the whole state, it was something we don't want to experience again.

"Definitely complacency won't be an issue and just letting the boys know it's going to be so much tougher at home in game two because it's do or die for them and we'll be approaching the game the same way."

Cordner knows the dramas that plagued Queensland three weeks ago – the late injury withdrawal of Billy Slater, the compound finger dislocation to Dane Gagai, all on the back of the late representative retirement of Cameron Smith who followed Cooper Cronk and Johnathan Thurston out of the Maroons picture – will not be repeated.

Further, the Queenslanders will be stung by their game one loss and better prepared for the threat NSW livewires Damien Cook and James Tedesco presented through the middle and Mitchell and Addo-Carr out wide.

"That's always the case, they'll try and work on their stuff," Cordner said.

"There's areas we weren't happy with that we're going to try and fix up and try and nullify, take away their biggest options, they'll be doing the same to us no doubt. We can take some lessons out of last year and try and make sure that doesn't happen again." 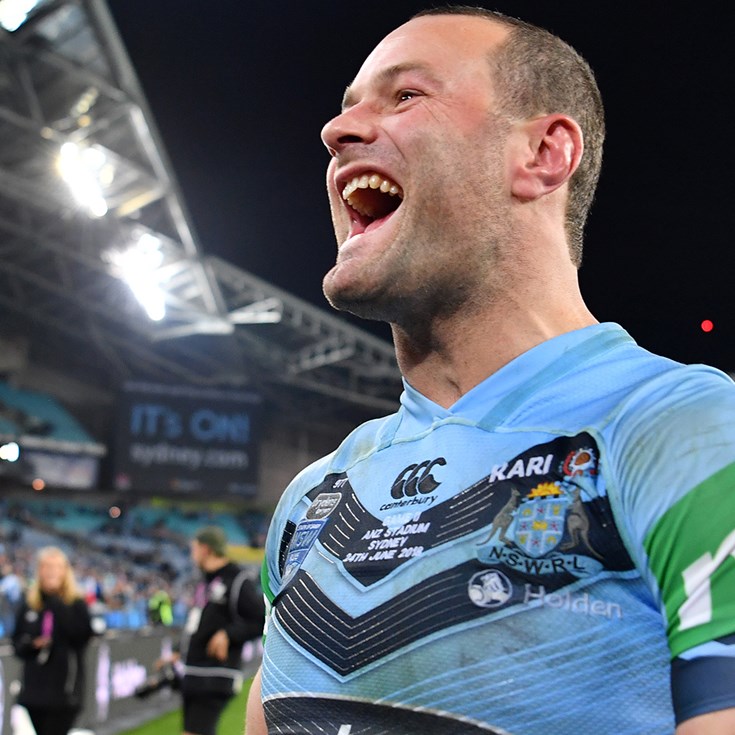 Cordner: 'There's a lot of emotions'