A pre-season heart-to-heart James Roberts had with Broncos assistant coach Jason Demetriou about the key ingredient he needed to add to his game to become an Origin player has paid off in grand style for the 25-year-old centre.

Roberts' hard work on improving his defence since has taken his game to another level and played a key role in the Brydens Lawyers NSW Blues' stunning Holden State of Origin series win.

"I had a good chat to Jimmy when he came back to pre-season about what he needed to improve to get in the NSW side and it was all about his defence," Demetriou told NRL.com.

"I don't think it was an effort thing. He just needed some clear guidelines and a simple focus and he’s worked hard on that.

"There were times when he questioned what he was doing defensively ... and defending in the centres is an art. He has now defended against Greg Inglis twice in Origin and done a great job and that just shows his improvement. It is going to be big for us at the back end of the year."

Roberts emerged from a session on the massage table on Wednesday at Broncos HQ where he spoke of his tough assignment of marking an on-fire Inglis in the opening two Origin clashes.

"My job was to try and contain him as much as I can and make all my tackles and I thought I did that OK," Roberts said.

"Attack is probably the easiest thing for me. That comes naturally but my defence is what I have been working on.

"I am just trying to get better each day and each week. JD [Demetriou] and Wayno' [Wayne Bennett] have made a massive difference and put a lot of time in with me on my defence and I feel like I am more confident and a lot better."

Demetriou said Roberts understood how to work defensively with his young right side of Kodi Nikorima, Jaydn Su'A and Jamayne Isaako in a complementary way and not as an individual and was now a leader in that regard.

"He is starting to have a voice in the change room and in video sessions as well. I have seen a huge change in him in the last 12 months," Demetriou said.

"I coached against James when I was at the  Cowboys in 2015 when he had his breakout year at the Titans and one thing he didn't do was defend.

"Now he is offering just as much with the football and backing it up with his D.

"He is also showing his maturity in managing his Achilles problem and Wayne is great with the players in that way in not putting them under pressure and letting them get their body right. Jimmy is a Ferrari. So long as he gets his engine right he is ready to go."

NSW advisor Greg Alexander has watched Roberts closely this year and said the improvements in his defensive game had proven decisive in his ultimate selection for the Brydens Lawyers NSW Blues.

"Freddy [Fittler] and I discussed it a great deal because there was pretty stiff competition for that right centre spot with Euan Aitken having a very good year but we picked Jimmy because he is a threat with the ball and his defence has been solid with the Broncos," Alexander told NRL.com.

"The way he shapes up on the edge defensively is a big reason why he was selected ... and I thought he was terrific for us on Sunday night."

Roberts said he would not need an operation on his ongoing Achilles complaint and confirmed he would be right to take on Canberra on Saturday night at Suncorp Stadium.

"Some mornings I wake up heaps sorer than others. It is just about resting it and managing it," he said.

"A break will be good at the end of the year but now it is about focusing on getting a premiership." 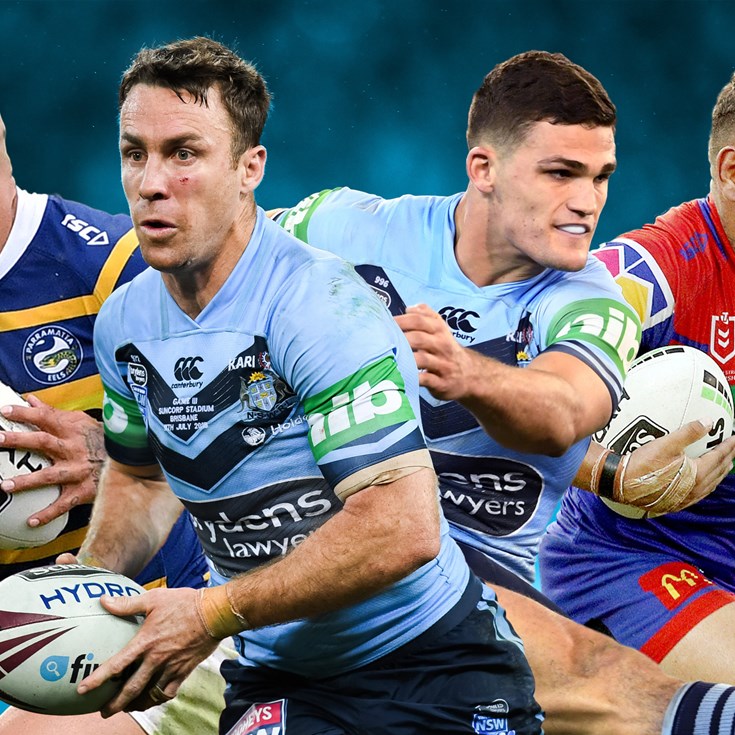 Roberts to Thrive at Familiar Suncorp

Achilles not an Issue: Roberts