A first-half blitz by the Newtown Jets has seen them run away 50-24 winners over the Wentworthville Magpies at Henson Park.

The Jets were without regular halfback Kyle Flanagan, so it was Blayke Brailey who filled the void who played an outstanding game out of dummy half.

In his first touch in the Intrust Super Premiership NSW, Bronson Xerri scored a try when a right-to-left shift saw him placed on the outside of his opposition defender, and the classy centre was able to finish as he has so often coming up in the ranks.

The Magpies hit straight back thanks to some brilliant quick hands by Salmon, who under pressure threw a long floating pass to Greg Leleisuiao, who scored in the right corner.

After that try, it was all the Jets for the remainder of the half, and the floodgates began to open when Anthony Moraitis picked the ball up from dummy half and burrowed his way over for a try.

Xerri then scored his second try at this level when he once again was able to finish off a shift, before Blayke Brailey took advantage of a Wentworthville mistake by picking up a loose ball and had an open pasture to the try-line.

Will Kennedy was having a great game, and he put a try on a platter for Charlton Schaafhausen when he found space with a show and go, drew the fullback and gave the ball to his supporting winger.

Xerri completed a perfect debut first half with a carbon copy of his first try, completing a right-to-left shift to take the half-time score to a whopping 34-4.

Young halfback Jesse Marschke ensured that the second half continued as the first finished when he opened the defence up with a line-break down the middle of the field. The next play they were almost certain to score with the numbers they had on the left and they did so through Moraitis.

The game was almost already out of reach for the Magpies, but they didn't give up in attack with Kirisome Auva'a powering his way over on the left.

Addison Demetriou picked the ball out of dummy half and bullied his way over the line to extend the lead, before a great cut-out pass by Briton Nikora put Schaafhausen over for his second try.

It was an outstanding day for Newtown, but they would be disappointed with their defensive effort when Abbas Miski easily cut through for a try, before he scored another from dummy half shortly after.

Xerri almost had his fourth, but it was brought back for an obstruction, before Eddie Aiono scored on the stroke of full-time to make the score 50-24. 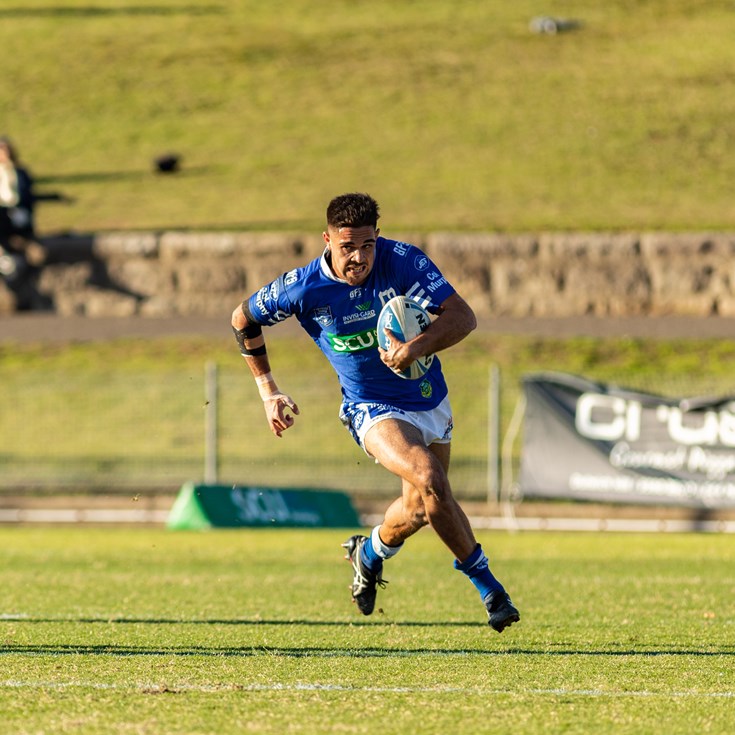