The Wyong Roos have kept their finals hopes alive with a hard-fought 26-18 victory over the Blacktown Workers at Lottoland on Saturday afternoon.

The Roos got off to a blistering start when Fletcher Baker barged his way over from close-range - reaping the rewards from the committed goal-line of defence of his side in the moments prior.

Both sides battled fiercely in the periods following, but Wyong extended their lead after some quick thinking from Reece Robinson saw the flyer score off the quick tap after some nice lead-up play from five-eighth Lachlan Lam.

Brad Keighran converted to take a 12-0 lead after 23 minutes.

Although taking a comfortable 14-0 in the dying stages of the first-half - with a late Keighran penalty goal giving them a healthy advantage, a try to Honeti Tuha on the half-time siren got the Workers back into the contest.

Tom Amone sparked his side when he scored just five minutes after the break, before Johnathan Wright finished off some impressive second-phase play in the ensuing set to draw the game level.

John Folau scored the Workers third try within a crazy six minute period when he picked up the scraps of a Luke Sharpe fumble, with James Hasson unable to convert as the Workers lead 18-14 with 30 minutes remaining.

Jarrod Kessier ignited the Roos when he was on the receiving end of a classy Frank-Paul Nuuausala offload, before Baker grabbed his second try when he latched onto a pin-point Sharpe kick to give the Roos some breathing space.

A late Keighran penalty-goal in the closing stages iced the victory for the Roos, as they recorded two valuable competition points away from home. 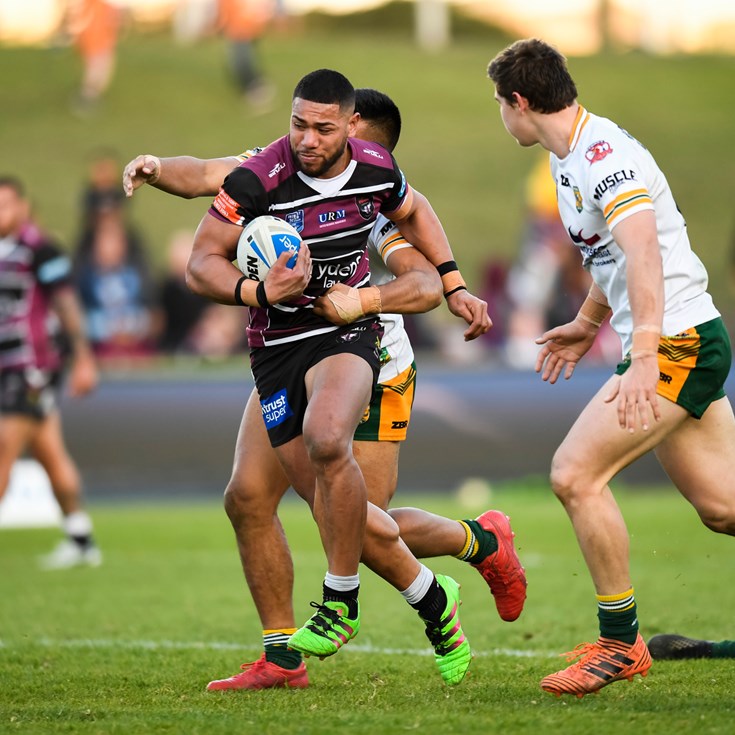