It was this time last year where the Newtown Jets and Western Suburbs Magpies were planning their 'Mad Monday' celebrations.

But just 12 months after finishing second-last and last on the competition ladder respectively, both sides secured a 2018 finals berth thanks to a stunning turnaround that extends far beyond their improved on-field performances.

The Jets cemented their place in the top-four with an impressive 32-12 victory over the Magpies on Saturday, and will now take the momentum of back-to-back victories into the first week of the finals.

"We just changed some players, we got some better players and some good young kids from the Sharks [such as Kyle Flanagan and Blayke Brailey] and we bought some good blokes as well, so it made a difference" Matterson told NSWRL.com.au

"The boys are blending in really well and it's a happy place to be, but it's happy when you win and that's the bottom line."

The Jets quickly established a reputation as the best attacking team in the competition with a new spine of William Kennedy, Jack Williams, Kyle Flanagan and Blayke Brailey.

Their potency saw the Jets finish the regular season with 112 tries  - the only team to crack triple-figures as the Panthers finished second with 97.

But while their attack has been at the forefront of conversation among Rugby League fans, it's their rather unheralded defensive efforts that has been the most pleasing for Matterson.

"It's now onwards and upwards for us - we probably need to improve a little bit but our 'D' (defence) was great today, but the execution wasn't" he said.

"The boys ripped in [with] Defence and we've been working hard on it, and I think it's a real credit to them on how hard they've worked."

For the Magpies (previously branded as the Wests Tigers), their impressive turnaround of events comes after a disastrous 2017 campaign that saw them record just four wins and a points differential of -434.

The last of those four came in Round 16 where they claimed an 18-12 victory against, none other, than the Newtown Jets, before sinking further into dire straits when they conceded over 40 points in all their remaining fixtures until Round 25.

And they would wait another agonising nine months before they could bask in the glory of another victory, with their 32-10 thumping of a heavily-fancied Bulldogs side in Round 1 proving to many that the horrors of 2017 were well and truly behind them.

"The work ethic which is required is key [to the turnaround], and that's run right from the top down through," Coach Brett Hodgson told NSWRL.com.au.

"We've implemented certain parts of our training throughout the whole club and it's been a benefit for us skills wise.

"There's [also] been a new influx of some players come in but ultimately they've all worked quite hard, and we've had to keep that desire to get through the hard parts of the game."

With both clubs finishing the regular season in third and fifth-place respectively, the reward of a finals appearance is only just the beginning.

They will carry a wealth of experience into the 2018 finals series as they each boast an array of First-Grade talent. Wests Tigers players Chris McQueen, Tuimoala Lolohea, Tyson Gamble, and Mahe Fonua are just some who are eligible for the Magpies in the finals.

But following their disappointing performance on Saturday afternoon, Hodgson is of the belief that experience will count for little if his side can't deliver when it matters most.

"The challenge for players at this level is [for] those that want to play first grade that aren't, [it's about] how do you get them up to that level that they need to go again?" Hodgson added.

"So it's forever the battles that we've got for the players that come down and for the majority they have respected that.

"I thought the younger guys showed the way today, [and] having experience counts for a minimal thing but the fact is that if they don't live up to their names then it's irrelevant."

The Magpies season will be on the line when they take on the Wyong Roos in the second elimination final, while the Jets will take on the St George Illawarra Dragons in the first Qualifying Final on Sunday afternoon. 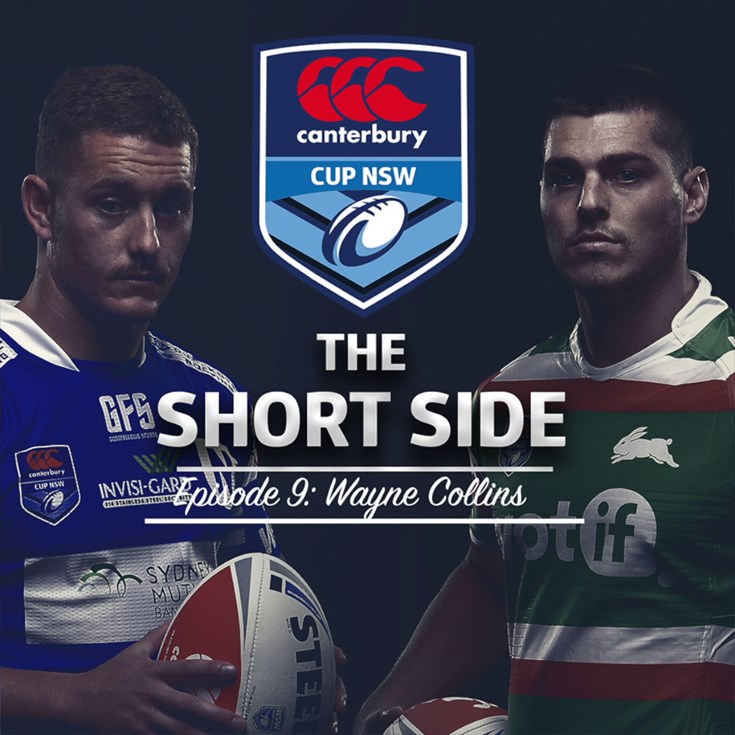 The Short Side with Jamie Soward | Episode 9: Wayne Collins