St George Illawarra have expressed interest in the services of Jarryd Hayne and will meet with the off-contract back about the prospect of joining the Dragons next season.

While Parramatta returned for pre-season training last week, Hayne was nowhere to be seen.

NRL.com understands Hayne and the Dragons have been in dialogue over the past few days, with Hayne set to meet club officials as discussions with the Eels have come to a halt.

St George Illawarra were initially reluctant to explore the option of luring Hayne to the joint venture, however, given he is still a free agent they have changed their tune.

Dragons director of rugby league pathways Ian Millward and coach Paul McGregor both returned from holiday on Monday and will begin discussions with Hayne.

Hayne isn't satisfied with what the Eels are willing to offer him to remain next year, with Parramatta waiting on the movement of other players (including a potential move from Michael Jennings to Newcastle) before they are able to commit to any more.

However, the Dragons have come in at the 11th hour, looking to bolster their backline following the retirement of Jason Nightingale and the departure of Nene MacDonald to the North Queensland Cowboys.

There is also uncertainty surrounding the future of fullback Matt Dufty at the club, making Hayne an ideal signing given his ability to cover all positions in the backline. 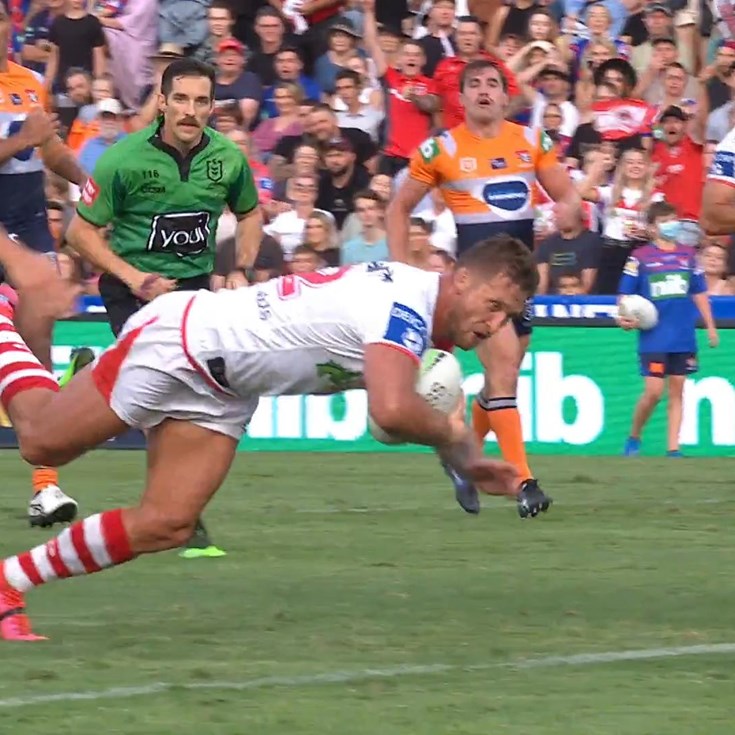 Hard running Sims crashes over for a try

Pereira wings it to top of Dragons pecking order