Six of the Broncos brightest stars are in NSW coach Brad Fittler's State of Origin selection sights with Brisbane now boasting a healthy share of the next generation of Blues players.

It is possible that in the near future the Broncos will provide more Origin representatives for NSW than  Queensland, a scenario previously considered unthinkable.

The Blues have named James Roberts, Jack Bird and Tevita Pangai jnr in their 32-man extended Origin squad for next year while Payne Haas, Kotoni Staggs and Matt Lodge were chosen in the 23-man Emerging Blues.

The Broncos have provided as many as 12 Maroons in one Origin series, as they did in 1998, but last season that number was just four with Corey Oates, Anthony Milford, Andrew McCullough and the now departed Josh McGuire.

Blues advisor Greg Alexander said it was "just a quirk of circumstance" that the stars have aligned they way they have.

"It is a pretty attractive place to go, Brisbane, and a bulk of their youngsters that everyone is talking about are New South Welshmen," Alexander told NRL.com.

"The Broncos have done a job in recruiting good NSW juniors and most of them have played NSW 16s, 18s or 20s.

"They have come through the NSW development program and been snapped up by the Broncos for one reason or another, whether it be Wayne Bennett's influence or whether they just thought they wanted to go to the biggest club in the NRL."

Roberts is the incumbent NSW right centre after a stellar season for both the Broncos and the Blues and is expected to retain his place in 2019 if his form holds.

Bird, who played five Origin games for NSW in 2016-17, had a  disrupted 2018 season. After returning from shoulder surgery he then suffered a season-ending sternum injury.

Alexander said the Blues hierarchy had not forgotten Bird.

"Jack was spoken about as a centre or a five-eighth for [the 2018] series but just due to injury, being out of form a bit, playing busted and getting used to a new team ... it didn't work out for him," Alexander said.

"He is a quality player and there was never any doubt that once he got himself through his injury he'd be in the mix."

Tongan international Pangai, who has played NSW under 18s, has a strong connection to the state where he grew up and has told Fittler he is available for the State of Origin series in 2019.

Alexander said Pangai, who battled a hamstring issue in the latter half of the season, had impressed with his powerhouse displays for Brisbane.

"Last year we brought Tevita into NSW camp when we were in Brisbane for Game Three and he spent an afternoon and a night with us [and stayed] for the jersey presentation Tommy Raudonikis did before the game," Alexander said.

"Tevita was strong each time he took the field for the Broncos."

While teenage prop Haas and 20-year-old utility Staggs are only new to the NRL and are unlikely to play Origin next year, Fittler's champion 2018 Origin side boasted the likes of Nathan Cleary, Latrell Mitchell, James Roberts and the Trbojevic brothers who just two years ago were also named in the emerging squad.

"Just because they are in the emerging squad doesn't mean they can't play Origin next year," Alexander said of the Brisbane trio.

"You never know who is going to be available by the time you get to round 10 and those three are terrific young players already.

"Matthew Lodge was probably the Broncos most consistent forward last season and Staggs is an exciting player who can play a bit of anywhere. Payne Haas has been spoken about for a long time but just hasn't played much first grade."

The goal for the NSW brains trust as they target continued success is to be well prepared for 2019 and the future, and to let prospective players know they are in the frame so they can develop in key areas to be ready for the Origin cauldron. 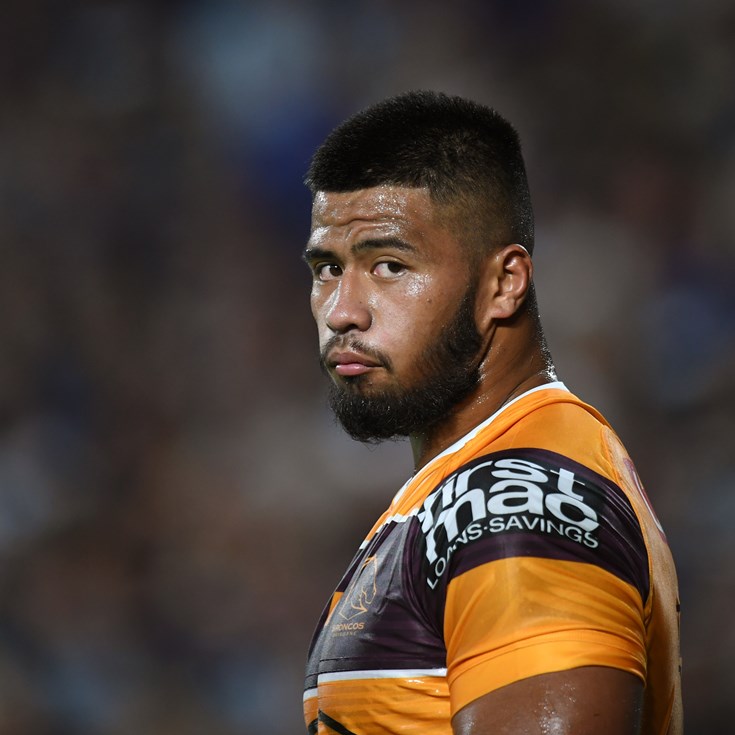