The Brailey brothers, Jayden and Blayke, look set to join the ranks of siblings to have played in the same NRL team.

The Sharks let journeyman James Segeyaro go over the off-season, creating a utility spot on the bench.

"We've got some depth there," Morris said.

"We have Blayke Brailey coming in [to NRL squad], who in my opinion is one of the best young hookers in the country.

"And he's come through my system at the 20s. I've got a really good relationship with Blayke.

"Jayden and Blayke were the captains in the 20s the year after each other so they've got that experience and familiarity around the club, so that'd be a great combination in my eyes.

"We've got really good depth in the halves too with the addition of Shaun Johnson, the development of Kyle [Flanagan] – he's getting better and better – and Chad is the incumbent.

"I've got a huge opinion of him. I think he's going to be a really good NRL player," Ennis said.

While Blayke, the Junior Kangaroos No.9, has not yet played first grade, Flanagan made his NRL debut in round 24 last year with a win over the Knights.

"Definitely," he said. "He's one of a couple of halves; he's training well; he's a player on the rise.

"There's 17 jumpers up for grabs for round one so let's see what everyone can do over this five-to-seven-week period.

"Kyle and a few others have come through the system from Harold Matthews to now be knocking on the door of the NRL. It gives all the young kids in the area that there's a future here if they really work hard."

Flanagan broke the under-20s scoring record in 2017 and in 2018 he helped lead the club's feeder team, Newtown, to the Intrust Super Premiership grand final.

He may have a dubious mullet-style matching haircut with teammate Josh Dugan, but Morris overlooks the cosmetic in favour of his efforts at training.

"I've been super-impressed with Andrew Fifita. Just around the group in the last couple of weeks, he's going to another level with his leadership and helping all the young forwards coming through.

"There was an optional session on the weekend, and I popped in, and Andrew is covered in sweat, working hard and driving all the younger players.

Sharks feel for Flanagan but ready to move on

"He's just got so much passion and loves the club so we're hoping he's in for a big year."

Dugan is returning from off-season shoulder surgery, and Morris says the former Test centre is "getting back into full contact".

The Sharks have two trial games (February 23, March 2) before facing the Knights in round one on March 15 at McDonald Jones Stadium. 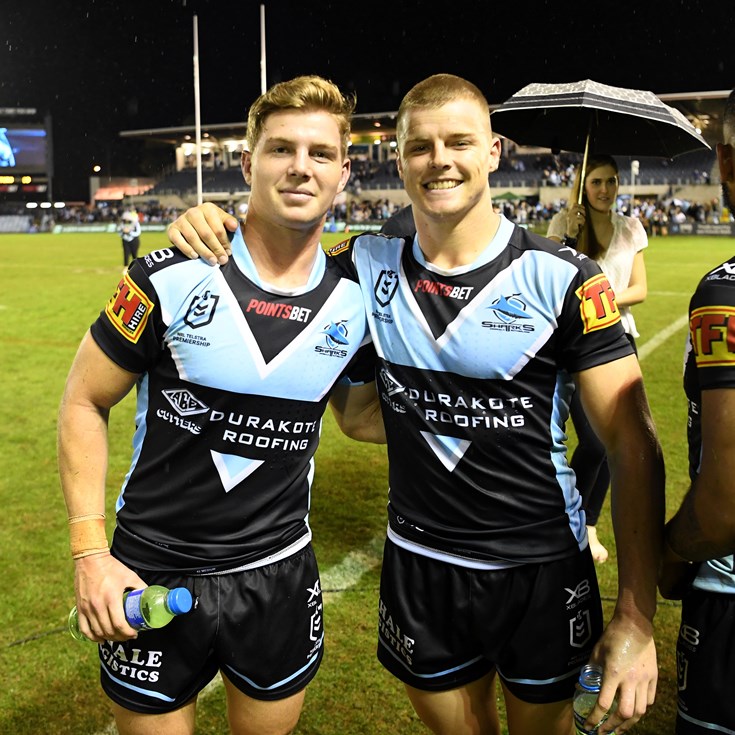 Two Doesn't Go Into One For The Brailey Brothers