Nathan Cleary is rarely rattled but he still wants to overcome a lingering issue and take his Telstra Premiership career to even greater heights in 2019.

No halfback is likely to head into the new season under more pressure, even though Cleary only has three years of top-flight rugby league under his belt.

Growing up in a rugby league mad family has its perks - just ask Mitchell Pearce, Curtis Sironen or the Morris brothers - but they can also come with an extra level of expectation. Cleary has confessed to struggling with that added scrutiny at times.

Despite joking that electricity and water bills were the only things that currently rattle him after recently moving out of home, Cleary is preparing for what's to come on the field.

"Good or average games turn into poor games for me now because there's that much more expectation," Cleary tells NRL.com.

"High expectations from others make me rattled. If we're on a losing streak I'm pretty rattled then. The expectations of what people have for some reason make me nervous if I read them, and I'm trying to get out of it.

"Before a game, I'm thinking about everyone watching me and what everyone thinks of me too much.

"After the Origin series, it definitely was like that and was one of the toughest periods in my career so far just because of all the speculation. Everyone was writing articles and had an opinion on how I went and what was happening at the Panthers.

I'm probably more prepared ... than I've ever been

"That's something I want to implement into this year that you can't please everyone and I've got to stop caring about what everyone else thinks about my game and just care about what the team and staff thinks."

The mental task for Cleary won't be made any easier with his father, Ivan, coming on board as coach.

NRL.com made a conscious effort not to bring up the father-son questions which have become so repetitive in the last six months with the pair's futures dominating the spotlight at various stages in 2018.

But externally, anything more than back-to-back losses in 2019 will turn the focus back on the club, with the family combination naturally sure to be at the forefront.

"I'm probably more prepared ... than I've ever been," Cleary said.

"I'm the hungriest I've ever been for success and to be playing well. I don't think Dad coming puts any more pressure on, there is already enough and has been since I made my debut.

"But I know even more so now that I've played Origin, there's a higher expectation on me."

Cleary said the Panthers had been "thereabouts" for two seasons but needed to address their starts to games in order to take the next step towards a top-four spot.

"The two years before that I was still young and had that mentality that we're here now and I'm young, have got plenty of time. But it's not like that anymore and opportunities don't come around too often.

"You've got to have a lot of things fall into place to win a grand final and have to be at your best all the time. On our day all of us think we can match it with the best but playing for 40 minutes you're never going to beat a side like the Roosters or Storm.

"Everyone's a year older and has that experience now. You never know until you start playing games and get tested. We're in a good position to make a run for it but have got to do all things right." 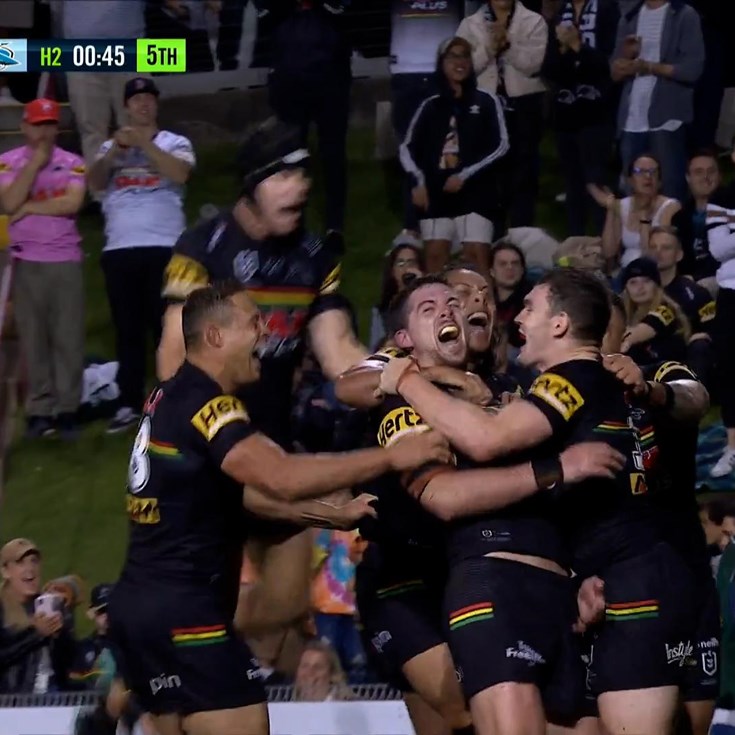