He already looks like he could play a part in a superhero movie, but Raiders winger Nick Cotric is even more physically imposing heading into his third season in the Telstra Premiership.

When NRL.com asked about the noticeable improvements in the 20-year-old's physique, it was clear he'd spent plenty of time in the gym during the off-season.

Sitting in the team's weight room, Cotric said he felt he was stronger than last season despite on track to be at the same playing weight.

"That’s all down to the new gym coach [Travis Ronaldson] - he has us doing 'Fun Friday' as he calls it, so you can do whatever you want, chest, biceps, triceps, all of the fun stuff, so he lets us go wild on Fridays, so I love it, they're my favourite days," Cotric said.

And what is on the menu for his ''Fun Friday"?

"I just do everything upper body," Cotric laughs.

"I do quads sometimes but normally it's just upper body, for that beach body. I do legs every other day of the week, but Friday is the fun day."

That increased strength is a scary proposition for rival outside backs, with Cotric recording the most tackle-busts for last year with 149.

However, the 2017 rookie of the year knows he cannot rest on his laurels with his work rate and ability to finish close to the line no longer well-kept secrets.

Normally it's just upper body, for that beach body ... Friday is the fun day

"That's why you've got to improve each year and change up how you play because other teams start to notice the little things," he said.

"Which hand you carry the ball in, which foot you step off, so they start signalling you out and start putting numbers against you."

"Croker to Cotric" has quickly become one of the Green Machine's most synonymous sayings when it comes to attacking football over the last two years.

After missing his on-field partner for the closing stages of last season, Cotric said he had been doing extra work over the off-season to rekindle that combination.

"Even though we've been together for maybe a year-and-a-half you've still got to be on your toes every time he has the ball," he said.

"He can always just get past the defender and he gets that little flick away to me, so I have to be ready for that because he can just get that loose ball out.

"So, it's just being at training day and picking up on how he's moving and where I have to put myself in the right place at the right time, so you can do it without thinking in the game."

Croker said it's a case of "if it isn't broken, why fix it" when asked about Cotric's playing future on the wing especially in the wake of Charnze Nicoll-Klokstad's impressive start in the Canberra No.1 jersey.

"The game at fullback is so technical now and you're fullback is probably the most important position defensively to adjust numbers and fill in around the ruck," Croker said.

"I think the time of Nick's career isn't right for him to go in at fullback, we go so much out of him on the wing at the moment.

"He still gets all of his carries and we've got a combination down on that left edge which we've been working on a lot again during the pre-season." 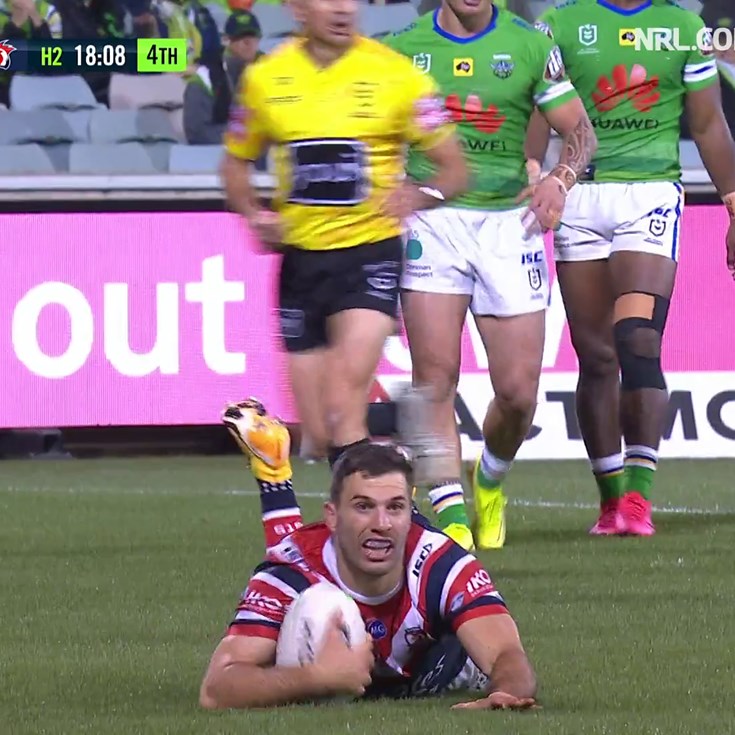 Tedesco summons all his magic