An off-season chat over coffee with James Graham has helped prepare rookie prop Blake Lawrie to stake his claim for cementing the Dragons No.13 jersey in the absence of representative forwards Tyson Frizell and Jack de Belin.

Lawrie, who is 22 but described by team-mate Tim Lafai as a "throwback forward" and having a "40-year-old body like he's been sat at the pub", is expected to start against South Sydney in Thursday night's match at Netstrata Jubliee Stadium after Frizell suffered a ruptured testicle.

With Korbin Sims suspended and de Belin stood down under the NRL’s "no fault stand down" policy while he defends a sexual assault charge in court, Lawrie has the backing of team-mates to step into the lock role and he revealed the influence of Graham on his rise.

Graham took Lawrie under his wing when he joined St George Illawarra last year and after the club's end-of-season awards presentation the English veteran invited him for a coffee.

"He told me that he wanted to have a conversation with me, just to talk about where I was at and what I needed to work on in the pre-season," Lawrie said.

"It was just a one-on-one coffee conversation. He just asked me what I wanted to achieve, how I was going to achieve that and what sacrifices I was prepared to make.

"He has got a massive resume and is someone I look up to. He's an international player - probably one of the best front-rowers in the game. I am only 22 and he has got a few years on me so I have got to learn as much off him as I can.

"I was excited about what the outcome could be and hopefully I have done the work over the pre-season from the advice he has given me to become a regular first grader and help the team to get a result each and every week."

Team-mates joke about Lawrie not having a body that looks like it has been chiselled in the gym but Lafai warned opponents not to be fooled as he boasts skill as well as toughness.

"He is still young but he looks like he has got a 40-year-old body, like he's been sat at the pub," Lafai said.

"He is your throwback forward. The boys have been calling him George Rose's son.

"I don't know if that is good or not but don't be fooled by his body shape because he can ball-play, he runs hard and he has got that footwork so if 'Blocker' does get the start he deserves it.

"He brings a lot of enthusiasm and energy so the boys are right behind him. He is putting his hand up to fill in at fullback if he needs to."

After 16 NRL appearances since making his debut in 2017, Lawrie believes he is ready to become a regular member of the Dragons' star studded forward pack.

The Dapto Canaries junior, who averaged 146m with carries of the ball and 34 tackles per game in last year's NSW Cup, has represented NSW Under 20s and the Junior Kangaroos and is a member of Brad Fittler's Emerging Blues squad.

"I've gone to the coach and older players to ask what I can improve on, what I can learn and how I can lock down a top 17 spot," Lawrie said.

"Being in and out of first grade last year wasn't ideal.

"I learned a lot of Mitch Allgood last year in NSW Cup. He was a great reason I had the back end of the season that I did but I’m looking to lock down a top 17 spot this year and play every game. That's one of goals for the rest of the season."

After getting his chance in first grade during the Origin period, Lawrie played nine NRL matches last season, including the finals elimination of Brisbane and 13-12 golden point semi-final loss to Souths, after the loss of NSW prop Paul Vaughan through injury.

Lawrie played 40 minutes in last Saturday night's 24-12 loss to North Queensland and Vaughan described him as "the best young forward we have at the club".

"He is a great trainer, has a big engine and he is pretty tough front-rower as well," Vaughan said.

"He probably played the two best games I have seen him play in the finals last year. I think he has got a lot of confidence out of that.

"I know we have lost a great player in Tyson but I think you gain someone like Blake who fights for every single thing on the football field, which is what you want." 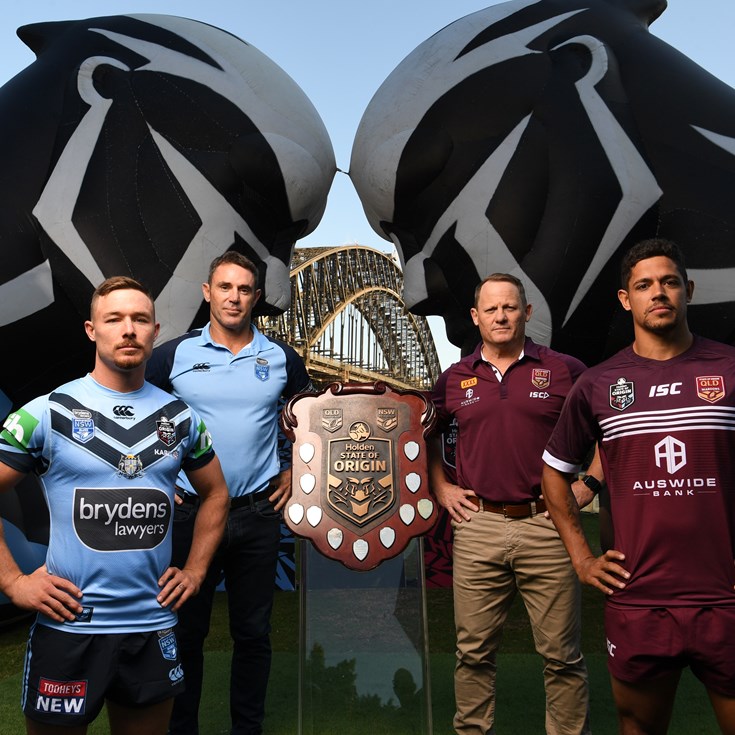