Ruan Sims and her NSW teammates got their first taste of the elite facilities on offer at the NSWRL Centre of Excellence on the weekend as they begin preparations to defend their title against the Queensland Maroons on June 21.

More than 30 current and emerging Blues gathered at Sydney Olympic Park to train for the first time since the building's unveiling last year, including Sims – who missed last year's clash through injury – while injured halfback Caitlin Moran and a heavily pregnant Nakia Davis-Welsh were also in attendance.

Players were put through their paces under new coach Andy Patmore in front of hundreds of local juniors taking part in a gala day on Sunday, before the squad had the luxury of heading straight for a recovery session less than a 50-metre walk from the field.

NSW will spend the week leading into the second standalone event at the facilities with the men's side preparing for their game two clash in Perth.

"This is one of the first times it's been used in a team environment and the quality of the gym that's in there, the facilities … the scenario that we can train on the field, come inside and do recovery, have something to eat, go to the lecture rooms – it's all the one percenters that we keep striving for," Sims told NRL.com.

"I think this will take NSWRL to a new level. We're just so grateful for this opportunity and amazed at the top of the line facilities."

Maroons now united under one banner

Queensland held a camp of their own in Brisbane last week with news filtering through on Tuesday the team will now be known as the "Queensland Maroons" as part of the drive for equality in women's sport.

The announcement, made by Queensland premier Annastacia Palaszczuk, gives the women's side a huge boost ahead of their quest to take back the trophy they once held for 17 years.

Tickets for the second Holden women's State of Origin clash at North Sydney Oval went on sale Tuesday with tickets for adults just $10 with children under the age of 15 free of charge.

NSW won the inaugural standalone fixture 16-10 in a thrilling encounter in front of over 7000 at the venue last year. 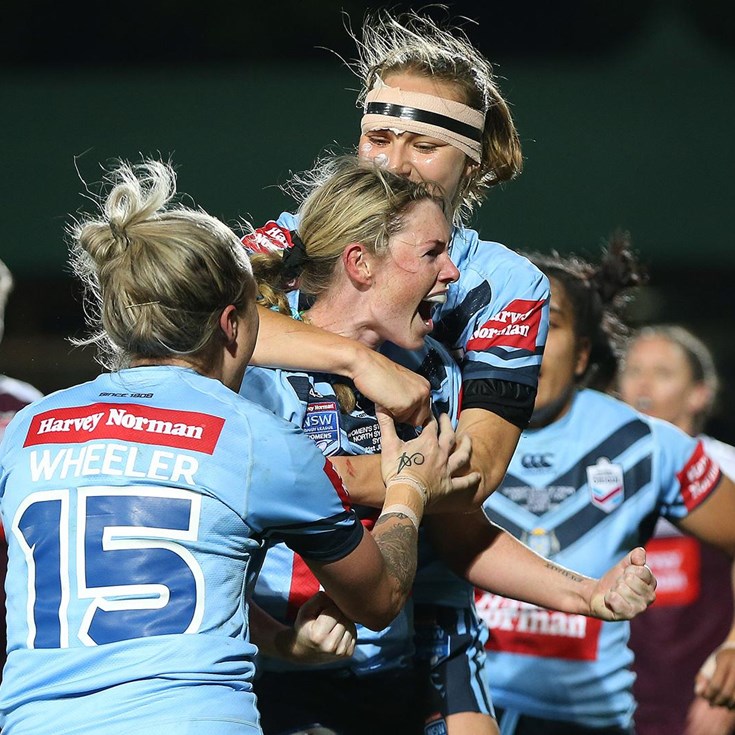 The Kiwi who wants to leave Origin footprints