Manly prop Lloyd Perrett is preparing to use his selection for NSW in Sunday’s match against Queensland Residents at Dolphin Oval to remind NRL clubs of his talent and ability.

Perrett, who has played 52 NRL matches for the Sea Eagles and Bulldogs, has been confined to the Canterbury Cup this season and is likely to become a target for rival clubs wanting to bolster their forward stocks before June 30.

Despite being overlooked by Manly coach Des Hasler, the 24-year-old has been playing well enough for the club’s Blacktown feeder team to earn a place in the NSW Residents team and believes he still has plenty to offer an NRL club.

In seven matches this season, Perrett has carried the ball 839 metres from 81 runs and tops the competition for offloads with 14.

“I am in a position in my career where things aren’t really going my way but I have a positive attitude about it and I just want to put my best foot forward,” Perrett said.

“I haven’t had an opportunity like this for a long while and if anything is to come from this, it’s up to me basically.

“A lot of the players in our team and in the opposition have played NRL so I am taking this game as a measuring stick and an opportunity to shine.”

Perrett is also looking forward to the match as it is a rare opportunity for his family to come together and watch him play as well as 17-year-old brother Isaac, who will feature in the Under 18s National State Championship final, which is the curtain-raiser.

Isaac has returned to league this season after visa problems derailed an opportunity to play American football for Bingham High School in Utah and was a member of the Tweed Heads Seagulls team which won the Mal Meninga Cup.

He will play in the front row against Illawarra Steelers, who won last weekend’s SG Ball grand final, and is hoping to become the third Perrett brother to play NRL after Lloyd and Sam, the former Sydney Roosters and Canterbury winger.

“A few years ago he stopped playing because he wasn’t really getting a shot so I am just so proud of Isaac and how far he has come,” Lloyd said,

“It’s Mother’s Day, and mum will be there, my wife will be there and the kids will be there, and to play on the same field as my brother and to be able to play in a representative jersey is going to be really cool.”

As the youngest of nine siblings, Isaac has grown up watching his brothers play NRL and he said both Lloyd and Sam offered him advice.

“Lloyd has helped me heaps because I guess he is in the same position. He watches every game of mine and gives me feedback afterwards and Sam teaches me some of the tricks that he has learned,” Isaac said.

“Playing this season was just supposed to be for fun but it has worked out well and I will see what opportunities open up next year.”

After a playing tightend for Gold Coast Stingrays, Isaac was keen to see how far he could go in American football but things didn’t work out and he trialled with the Titans at the start of this season before joining Seagulls.

“I had a friend who played Gridiron so I have that a go and in my first season I won rookie of the year,” he said. “The next year I was supposed to move to America to go to high school and play over there. It would have been a good opportunity but it didn’t work out.

“I had a train and trial with the Titans but after my years off I wasn’t anywhere near ready so I will try again next season.”

Will a healthy Sea Eagles side play finals in 2019? 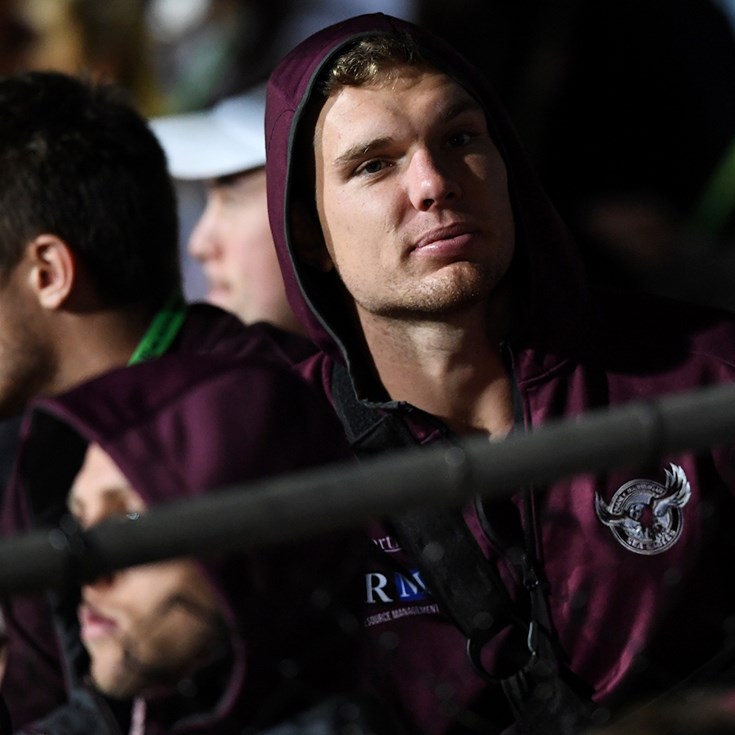