You can mention the war. But don't mention the Blues. Not in Queensland Maroons camp this year at any rate.

At high noon on Tuesday in Queensland camp in Charleville the attending media were informed by a QRL official that none of the players, or the coach Kevin Walters, would be answering questions about the NSW Blues.

The news was passed on with a grin, but also with no room for misinterpretation.

Not long after the edict was issued, Maroons players followed suit.

Debutant Joe Ofahengaue was on message when asked who the Maroons were playing on June 5 at Suncorp Stadium.

"I think we are playing the other team," Ofahengaue said.

And his Broncos teammate Payne Haas? How does Ofahengaue reckon he'll go for NSW?"

"I don't want to talk about him. I am more focussed on Queensland at the moment," Ofahengaue grinned.

Hooker Ben Hunt was also a vault when it came to the Blues.

"Kevvie said we can't talk about them. He just wants the focus to be on us and what we can do," Hunt said.

"He believes he has picked the team that can win the series and wants us all to buy into that. It's business as usual, it's just putting the mentality in our heads that we've got the team to win and we have to train like we are going to win every session."

That mentality is already oozing through the squad, even players like Ofahengaue who are new to the Origin arena.

"I actually believe we can win it this year," Ofahengaue said.

"A lot of the boys believe that as well. We didn't come here to just take part. We want to train hard and prepare better than we did last year and we have the plan to do it.

"The coaching staff have a great plan for us this year and I hope I can contribute to us winning and doing the best for the squad."

Walters's edict has added theatre to the lead-up to the Origin build-up.

The Maroons coach has worked with Bradley Charles Stubbs, a mind coach who has been tagged the "coach whisperer". Stubbs has worked with leading coaches across multiple codes including Michael Cheika, Graham Arnold and Eddie Jones.

The Sydney Morning Herald reported on Tuesday that Walters had completed one of Stubbs' "Expect To Win" sessions. The QRL has confirmed the duo worked together.

One of Stubbs' core tenets is "expect to win". The other is not to mention the opposition. It is why Walters in his press conference on Monday, when asked about the Blues, answered solely on the Maroons.

"We're ready. This is war. This Queensland team is going to be so prepared for this match. We're at home and are going to put on a performance everyone can be proud of. It's on," Walters said. 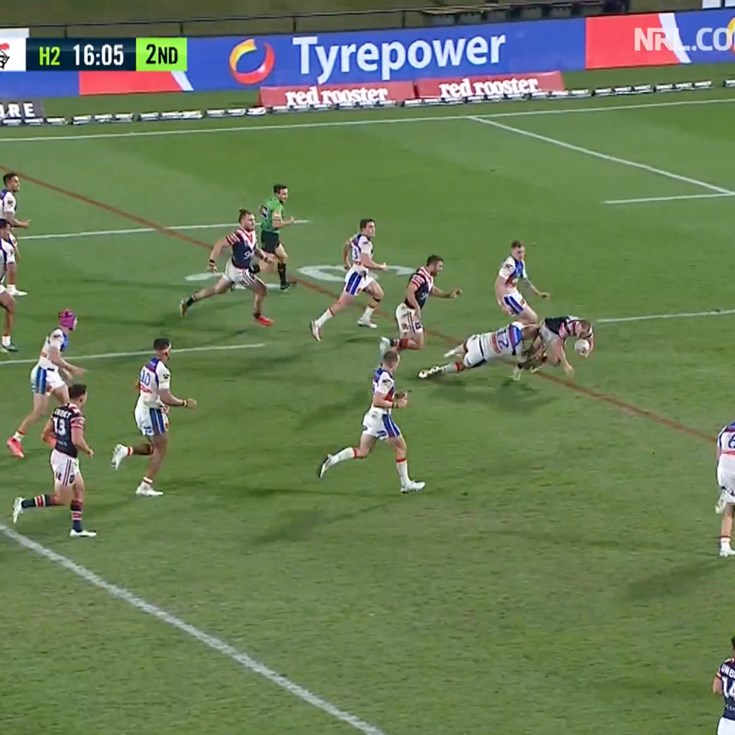