Nathan Cleary has brushed off suggestions he's more suited to a five-eighth role than the No.7 jersey as he prepares to line up opposite Blues halves partner Cody Walker on Saturday night.

Cleary was at his defensive best against the Roosters on Sunday, five days after a modest performance for the Blues in Origin I.

Discarded NSW playmaker James Maloney took on a more dominant approach to lead the Panthers with three try assists in the 19-10 win and stake a claim for a Blues recall.

Knights coach Nathan Brown told a media session last week he felt like the Blues played with two five-eighths against Queensland in Origin I, implying Cleary was best suited as a second receiver.

The top five guns that fired in Round 13

Cleary endorsed an Origin recall for Maloney at a Panthers press conference on Tuesday without putting down his incumbent Walker, who was taken from the field in the second half of the series opener.

"He's just a big-game player, if it's a big game he's always up for it. He'll always turn up and do his job," Cleary said.

"In saying that I did enjoy playing alongside Cody. I think he's got a lot to offer but Jimmy is who he is. When the pressure is on and it doesn't really affect him at all.

Chammas and Soward pick their Blues teams for Origin II

"He does a lot, you saw him on the weekend. He was in everything, energetic and back to his best hitting holes. I thought we combined well. When Jimmy is at his best it makes everyone else play well."

An away trip to ANZ Stadium on Saturday night looms as critical for Cleary and Maloney, who will be looking to over-shadow Walker in enemy territory.

Cleary said he's had no feedback as to whether his Origin position is on the line.

"I'm not too sure, that's up to Freddy. I've said it all along that I would love to be there. It's the greatest stage to play on," he said.

"We'll have to wait and see, everyone's got an opinion. I think Mitch Pearce is playing really well and if they picked him it definitely wouldn't be frowned upon. Origin is really quick and you can't dwell on it too much.

"I think that's the most important thing for us at the moment is to string a few wins together." 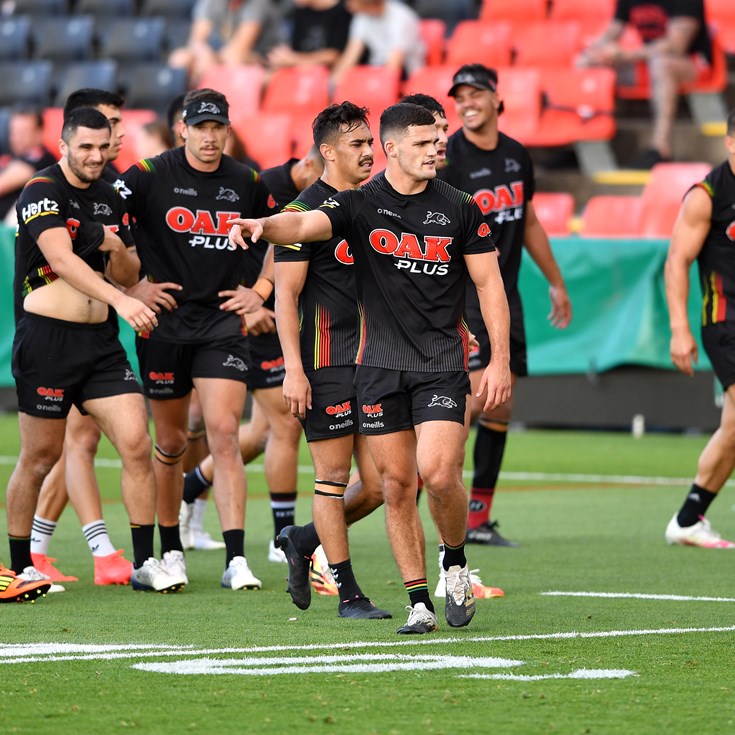