Jake Trbojevic says he felt his tackle on Storm fullback Jahrome Hughes "going wrong" but he did everything he could to reduce any force on the tackle.

Speaking for the first time since the round-19 incident, which earned him a grade-one dangerous throw charge from the NRL match review committee which allowed him, after submitting an early guilty plea, to play the following game at Lottoland against the Knights on Saturday.

Escaping a suspension drew the ire of many in the game, especially Raiders and Warriors fans with Nick Cotric (three weeks) and Issac Luke (three weeks) respectively attracting dangerous throw charges at a higher grading.

"I had everyone telling me about that," Trbojevic said before Manly's regular Monday yoga session at the North Narrabeen training headquarters.

"I remember thinking I got him in a bad position and I tried to put him down a little bit softer. It still wasn’t great but that might have helped [with grading charge]. There wasn’t any impact on the ground.

"I felt it going wrong … I just remember thinking this is not going right. I remember trying to put him down a bit softer."

Every try from Round 20

Trbojevic, who made 69 tackles in the 11-10 golden-point win which went nearly the full 90 minutes at AAMI Park, said he would not use fatigue as any kind of excuse for his tackle. He also doesn't think he needs to alter his technique.

"I don’t think so. I haven’t done too many of those tackles," he said.

"I am hoping that is just one gone wrong, not the start of a trend. If you do a few I would have to adjust it. I don’t want to be under that pressure again."

Trbojevic knows how close he came to missing a game or two.

"I was a bit nervous, I am not going to lie. It didn’t look great. When I got the grading I was pretty happy, extremely happy.

"I was a little bit surprised, but I was extremely delighted to play. I would have been devastated to miss that one - Saturday arvo at Brookie on 'Old Boys' day. It didn’t look great at first.

"I would have been devastated if I got suspended. I was so happy I could play."

In a back-handed kind of way it might have helped Trbojevic's body to miss some football. He averages 43 tackles a match, plays 80 minutes in the middle, and played all three State of Origin games this year.

When coach Des Hasler tried to look after him in the Knights game – giving him an early mark at the 70th minute – Trbojevic didn't look pleased to be benched.

"I don’t like coming off too much. I think Dessie made that up a bit [that Trbojevic argued vehemently against it] for a good laugh, as he always does.

"I was happy to come off. When you put in a performance like that it is always nice to get a breather in the end and watch the boys do their thing. It was a great atmosphere on Saturday." 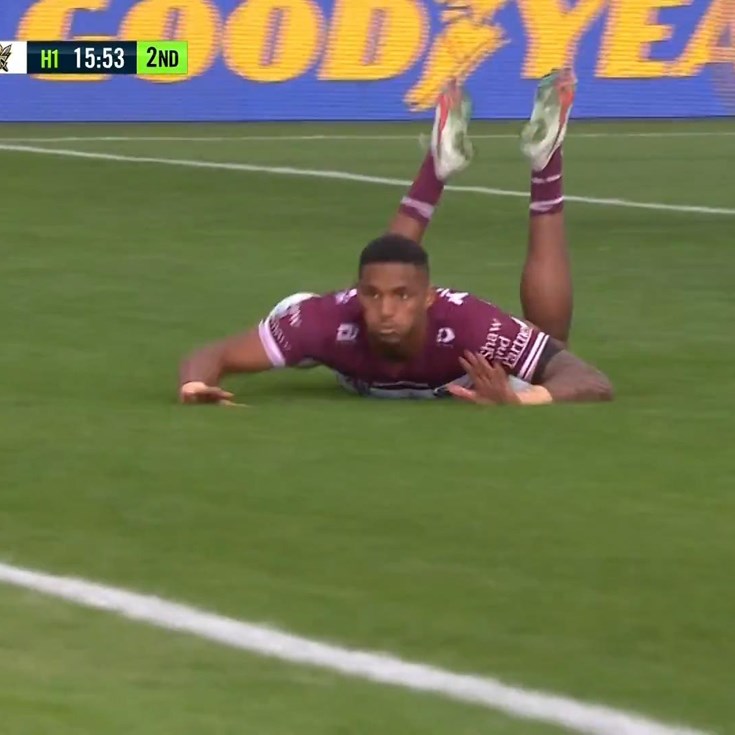 Tommy Turbo scores a brilliant solo try on his return