The Titans’ most experienced player, fullback Michael Gordon, has announced he will retire from the NRL at the end of the season, signing off on a remarkable career spanning 14 years, more than 250 NRL games and five clubs.

Gordon joined the Titans in 2018 from the Sydney Roosters, and in two years has been a model of consistency, professionalism and community service for all Gold Coast players to follow.

He is an NRL Voice Against Violence Ambassador and a regular volunteer at his junior rugby league club, the Tweed Coast Raiders, among his other community and charity work.

His dedication to worthy causes off the field has seen him named as a finalist for the 2019 Ken Stephens Medal, the NRL’s award for players who excel in their commitment to the community.

Gordon, who turns 36 in October, has played 32 games for the Titans, after previous stints with Penrith, Cronulla, Parramatta and the Roosters. He played one State of Origin game for NSW in 2010, and three games for NSW Country (2013-2017).

Gordon made his NRL debut for the Panthers in 2006, and fittingly played his 250th NRL match against Penrith in Round 5 at Cbus Super Stadium in the Titans’ 30-24 win.

The goal-kicking fullback said he was satisfied the time is right to walk away after a career that came full circle at the Gold Coast.

“I have been very fortunate to have enjoyed the career that I have, to have played at some wonderful clubs, and to have shared time with wonderful friends and teammates over the past 14 seasons,” Gordon said.

“I am very proud to be a Titan and very grateful to the Gold Coast for giving me the chance to finish my career by representing the region I started with as an under-7 with the Tweed Coast Raiders many years ago.

“I am also very thankful to the Titans fans and my teammates for supporting me over the past two years, and I’m similarly thankful to all the guys I played alongside and the fans that supported me at my other clubs over the years.

“I am excited about the road ahead of me in life after football, and also excited for the bright future ahead for the Gold Coast Titans.”

Titans Head of Performance and Culture Mal Meninga paid tribute to Gordon for his career and his contribution to the Gold Coast.

“The mark of a successful career is longevity, and the fact that Michael was able to play more than 250 games for five clubs despite some very serious injuries tells you a lot about his tenacity and resilience,” Meninga said.

“There is no doubt he would have played 300 NRL games were it not for those injuries, and to still be contributing on the field the way he has this season at 35 years of age is a real credit to him.

“Michael is a very skilful player, but most importantly he is a quality human being. He has dedicated himself to his community and charity work, and set a benchmark for every player in the game to follow.

“He is a credit to the rugby league community, and hopefully we will see him involved with the Titans for many years to come.” 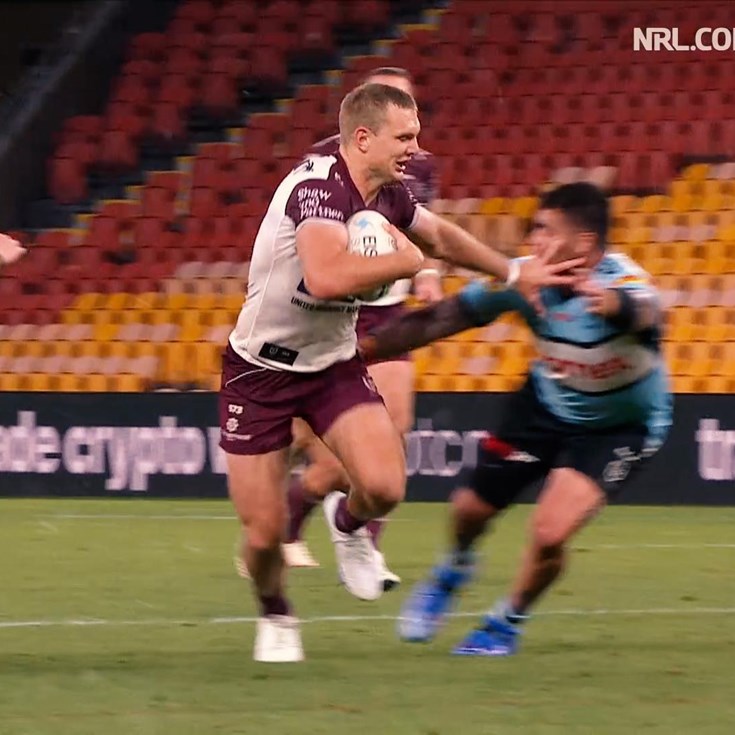