The Canberra Raiders' remarkable resurgence from 10th last year to fourth in 2019 has catapulted Ricky Stuart's men into a qualifying final against Melbourne and provided them the luxury of a double chance.

After conceding 22.5 points per game in 2018 the Raiders have put the steel back in their defence to cut that to 15.5 per match this season.

They've won 50 percent more games than they did in 2018 and fans of the Green Machine are justifiably puffing the chest out as they stride around the national capital.

But the message from the mastermind of the revival Ricky Stuart has been the same all year long - "we've achieved nothing".

For five-eighth Jack Wighton, who hopes the finest season of his career is a long way from over, the words of his coach ring true.

"It's the way you’ve got to think and it's dead-set true," Wighton said.

"Everything that's happened so far means nothing

"It's like new comp starts in the last five games, so we just have to pull our fingers our and have a red-hot crack now.

"We've got ourselves into an alright position right now but now it's up to the next few weeks to see if we accomplish anything or not."

Apart from their rock solid defence, the key component for the 2019 Raiders compared to three years ago when they made the preliminary finals is maturity.

The starting 13 named for Canberra this weekend boast 1683 games of NRL experience, averaging out at 129 per player.

It's this experience Wighton said is the backbone for the Raiders staying cool under pressure more often in 2019.

"We win the close games now instead of losing them and we back ourselves with defence rather than just hope we fluke it in defence and then kill teams with our attack," he said.

"We're two totally different teams (2016 to now). We're still flamboyant but we're all on the same page now and we know what we're doing.

"It's a crazy game we play and every year you get a little bit mature.

"It makes you a little bit aware and you just know how everything is going on and off the field."

Wighton says the experience he gained during the Blues' successful Origin campaign will be invaluable in the AAMI Park pressure cooker on Saturday.

"Every game like that helps, it's a big moment in your life and it really helps," Wighton said of Origin.

"Especially the way it happened it was a cool journey and something I'll never forget but I'll think more about it once the busy stuff is done.

"But the goal is to stay fit and healthy and look towards that green and gold jumper which is something I'm striving for."

A deep run in the finals would do his Kangaroos chances no harm at all and that push starts in a head-to-head showdown with the Storm's Cameron Munster.

Never at any point this season has Stuart needed to waver on his decision to play Wighton in the halves given the supreme form of Charnze Nicoll-Klokstad at fullback.

It's that tunnel-vision which has allowed Wighton to be the best five-eighth he can be, with his form at times drawing comparisons to Raiders great Laurie Daley

"I took a lot out of fullback, especially my kicking game and so now I just put my kicks where I wouldn’t want to have to bring it out from [if I was fullback]," he said.

"I've played five-eighth before but this year has been a new learning curve for me and I'd like to think I have taken the chance to play [in the halves] with both hands and I don't want to let go." 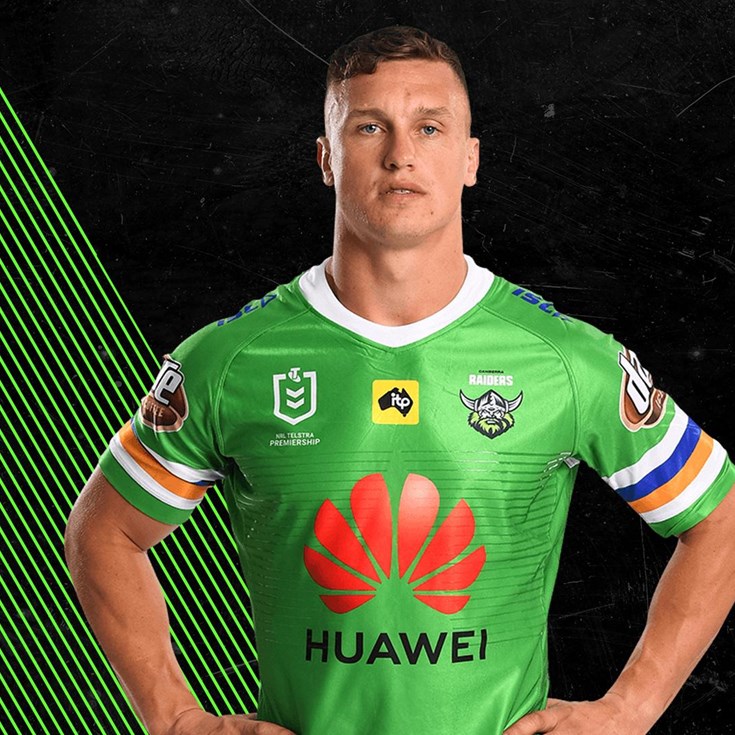