Dual international Millie Boyle was at a social rugby sevens tournament in Texas, when she heard that the prolonged bushfire threat in NSW was swinging towards her home of Cobargo on the NSW south coast.

The tiny hamlet inland from Bermagui in the Bega Valley Shire, has a population of just over 700.

Whenever Boyle has a break from her roles as a forward for the Jillaroos, Wallaroos, NSW Origin team, Broncos and Burleigh Bears sides, the 21 year-old can be found on the family farm just south of the Cobargo village.

"I was due to come home to Australia anyway but as soon as I heard about the fires near home I got here as fast as I could," Boyle told NRL.com.

She arrived there from the United States late Monday after being sent photos from her sister of the blackened earth and razed trees on the 160 hectare beef cattle property. But the Boyle farm house was intact.

"They saved the home. My sister and my dad managed to water it down well before they left," she said, referring to police and Rural Fire Service orders to evacuate.

"The rest of the farm is all burnt but we're very lucky to have our home because a lot of neighbours have lost theirs."

Dad, David, and sisters Daisy and Stella now have Millie to help in the recovery efforts. The Jillaroo has enlisted another of her national teammates – Australian co-captain Kezie Apps who hails from nearby Bega.

"I've been down at the Cobargo community hall and dragged Kezie along too. She's been helping out at the Bega evacuation centre," Boyle said.

"We were at Cobargo to help sort out clothing, shoes and other donations. My sisters have been here as well helping.

"I rocked up to Dad's farm yesterday. A neighbour came over and asked him to help put down a cow. So he had to his get his rifle… it's the norm at the moment for this part of the world."

The drive down the main street of Cobargo shook her to the core.

"It's been absolutely devastating... not just Cobargo but the towns in between like Quaama and Verona have been hit pretty bad, which is where my dad lives," Boyle said.

"Then inland more near Wandella and Yowrie – they've been hit hard as well.

"The blaze was heading for Bermagui but the wind changed so suddenly. So it was fortunate for Bermie but not so fortunate for other towns.

"This is the busiest time for coastal towns like this. Summer holidays brings people and much needed tourism dollars into the towns," she said.

"So whether they've been hit by fires or not, it's like a lot of ghost towns in the area now.

"And we know why – it's still very smoky and you can't drink the water and a lot of places still don't have power.

"These businesses rely on summer to get them through and they didn't even make it through the New Year."

This prompted Boyle to do something on top of her practical "on the ground" help around the Cobargo community.

She has set up a GoFundMe page with the link on her Instagram site. The idea is to get money into the pockets of people who need it right now.

"I want to keep that up for a week or two. It's helping to provide some immediate relief to families who have lost a lot to help them get back on their feet.

"There is a lot of help coming already to the community and the RFS but this is meant to give something to people directly, especially those struggling at the moment." 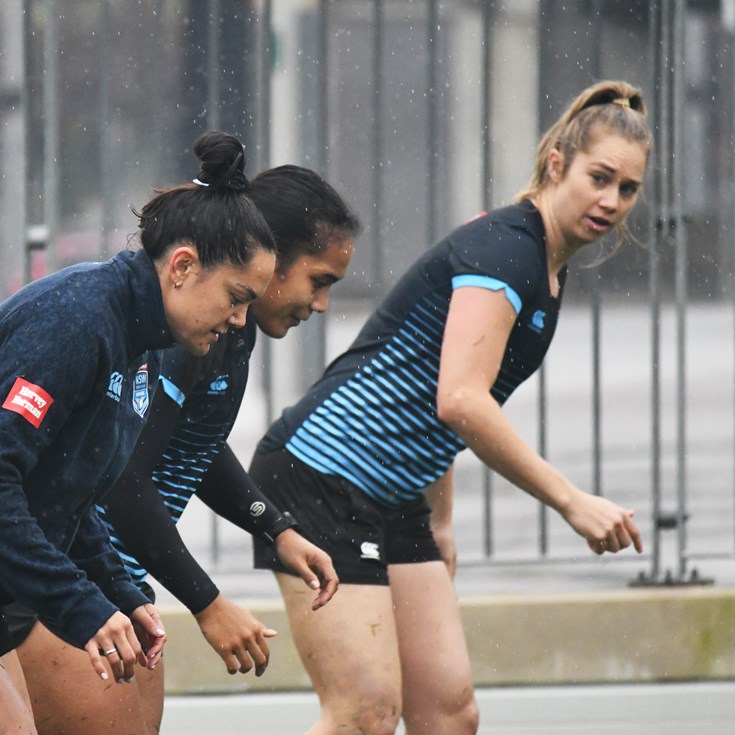 Boyle floored by neck injury but hoping for Origin return

Millie's on the Boyle thanks to 'Big Brother'