They've been in their own backyard to defend the women's State of Origin title for three years but NSW remain hopeful of hopping on a plane in November to challenge Queensland in enemy territory.

The scheduled women's Origin match on the Sunshine Coast in June was postponed due to the COVID-19 pandemic but the game received the green light to take place later this season at a venue yet to be confirmed by the NRL.

In a twist for interstate rivalry, if NSW had it their way they would welcome the chance to play in Queensland after having the luxury of playing in Wollongong in 2017 and North Sydney Oval in 2018-19 for three victories.

Kezie Apps is one of seven NSW players who remain from the last time the interstate clash was played in Queensland in 2016. The Blues won 8-4 that day on the Gold Coast to break a 17-year drought.

"Hopefully it's still up there in Queensland," the Blues skipper told NRL.com.

"It's a different experience. We'd all be excited for the challenge of trying to do it again and for a lot of the younger girls they would benefit from the experience of playing away.

"We know how passionate Queenslanders are so going into their territory will be different from going to North Sydney Oval, which has been awesome for us.

"It gives us practice around eliminating that external noise going into a game and not letting it get to us.

"That's what Queensland had to deal with and now it's our turn, it's only fair."

An extended NSW squad gathered at the state's training base at Sydney Olympic Park on Sunday in a first get-together since the women's season went into a state of uncertainty in March.

NSW coach Andy Patmore has a plethora of outside backs to choose from after last year's 14-4 result with form in the NSWRL Harvey Norman competition set to come into consideration.

However, the state's forward pack will require reinforcements with Holli Wheeler (knee), Takilele Katoa (pregnancy) and Kylie Hilder (retirement) unlikely to be available.

Apps, who will make her return to club football next week with Helensburgh in the Illawarra competition, said motivation levels had risen since confirmation a women's season would take place.

"It was a little bit unknown for a while, we weren't sure whether we would play club footy or the NRLW – but Origin was set first which was pretty cool," she said.

"We all got an extra kick straight away during the isolation period and everyone has come back in good shape.

Quick fix for the chicks Ep.1

"There are some new faces which is really positive to see and a few sore bodies around after most played their first games back on the weekend.

"It's just good to be back in this environment, there's a lot of smiles around the group and everyone is happy.

"We have professional programs and facilities given to us by NSWRL and the coaching staff led by Andy, to give us the best preparation leading into the game." 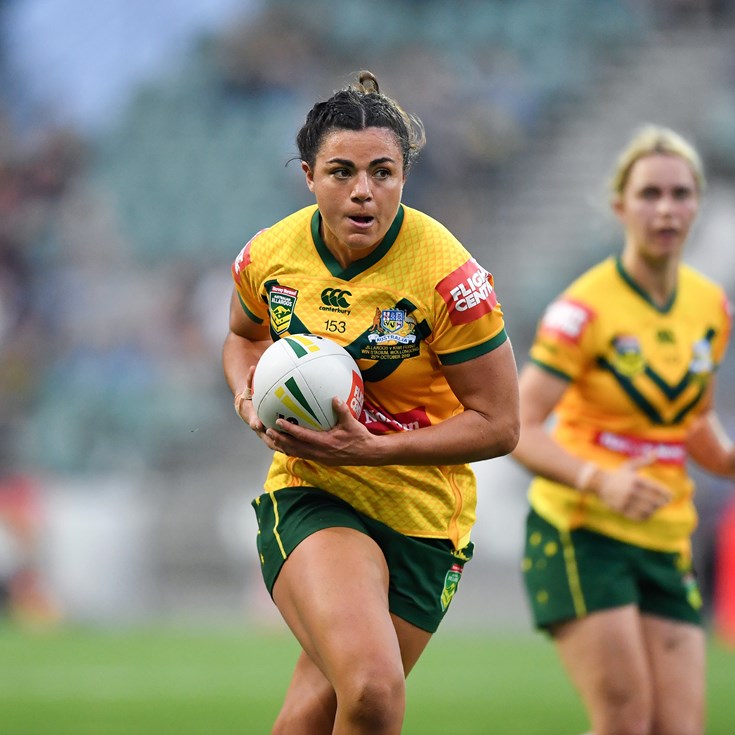 Boyle sets up funding page for families in bushfire distress