Roosters star Luke Keary was released from hospital in the early hours of Friday morning, cleared of serious internal damage but nursing a broken rib and set to join an increasing Roosters casualty ward on the sidelines.

On Saturday the Roosters confirmed Lachlan Lam will undergo surgery early next week on a syndesmosis injury, while Mitchell Aubusson will see a specialist early in the week to review a significant ligament tear in his left wrist.

Three-time premiership-winning five-eighth Keary was taken to hospital after he was crunched in a tackle by Storm centre Brenko Lee during the Roosters' loss at the SCG on Thursday night.

He is likely to face at least a couple of weeks on the sidelines with his rib injury but club officials are breathing a sigh of relief after there were fears on Thursday night that he had suffered serious internal damage.

Roosters coach Trent Robinson does not expect any of his sidelined players to return to bolster his injury-ravaged side in round 15.

With Keary, Lam and Aubusson joining seven sidelined starters on Thursday night, Robinson said the battered squad would simply need to take their medicine and try to rally against Wests Tigers at Leichhardt Oval next Saturday.

Robinson will not rush SBW in

Superstar recruit Sonny Bill Williams is fresh out of quarantine and targeting round 17 against the Raiders once he has had a few weeks of conditioning and is no chance of playing in round 15, Robinson added.

"We were poor tonight; we got outplayed," he said after Thursday's loss to Melbourne.

"We could talk about injuries and how unlucky we were but we got outplayed.

"We have to stay humble about that, take our medicine and get better as a footy team whichever 17 run out there. There's no excuse not to play good footy and we weren't good enough tonight.

"Every time we got in decent position we would not execute. That's down to the opposition as well but it's on us and it was our more senior guys as well. Really disappointing."

Kyle Flanagan, who was dropped to the reserves over the past fortnight, and Drew Hutchison, who came off the bench against the Storm, are likely to form a new halves pairing against the Tigers.

Like his Storm counterpart Craig Bellamy, Robinson felt the relentless pace of the restarted season with the rule changes and removal of byes was playing a part in the mounting injury toll.

"Not having byes, the rule changes have increased the intensity by 10 or 15% in the game.

"There are consequences for that. A better game and more injuries."

Robinson said there was an outside chance a player or two may be back next week but was not expecting it to happen. 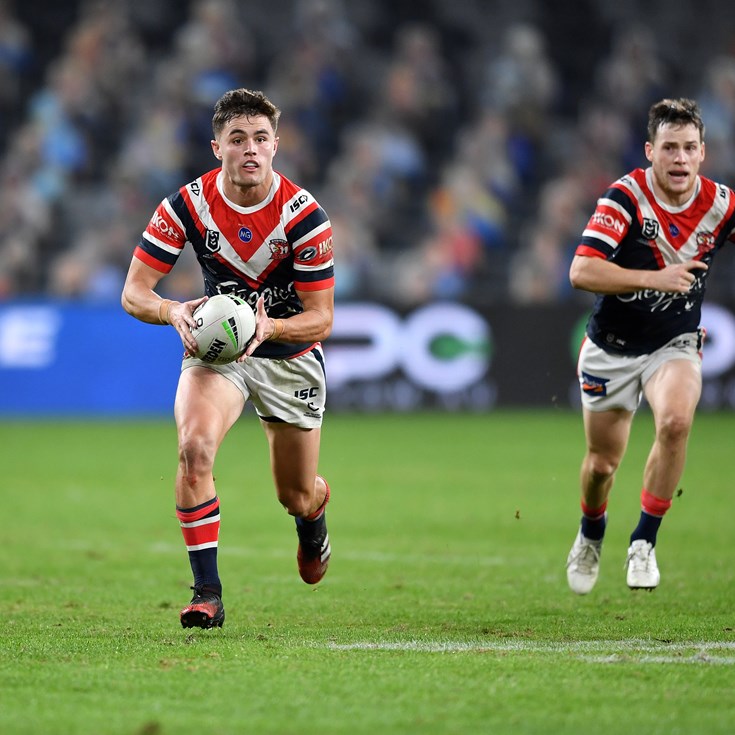 Clash of the sevens: Keary impressed by Cleary, Flanagan

Out of hospital, Keary cleared of serious injury but rib broken

Cordner sidelined at least another fortnight