The Sydney Roosters have once again called upon a trusty Canterbury Cup NSW graduate to help them overcome a worrying injury crisis.

Hooker Freddy Lussick has been named to make his debut for the Tri-Colours this Saturday in their Round 15 clash against the Wests Tigers with the Roosters line-up missing captain Boyd Cordner, Luke Keary, Angus Crichton, Daniel Tupou, Mitchell Aubusson Lachlan Lam, Victor Radley and Sam Verrills.

Lussick is a Manly-Warringah Sea Eagles junior who made a switch to the Roosters jersey for Under 18s and Under 20s competitions.

He played only four matches for the North Sydney Bears in the 2019 Canterbury Cup season but still managed to make an impact after scoring a try, making two line-breaks and six tackle-breaks.

Lussick was selected in the 2020 NRL 9s squad, where he played two games for the Roosters at the start of the year but six months later, he will now take the field for the defending premiers.

“Good passing game, strong defensively and that’s what the Roosters will need to hold the float while their stars are out.

“He was one of the class players for the North Sydney Bears when he was given his opportunity who recognises the ruck and that’ll be important going into the game with the Roosters.”​

NOTE: This list of players are of those who have graduated directly with Canterbury Cup NSW-affiliated clubs in 2020. Others who have made profressional debuts in other competitions (i.e. Super League) prior to earning an NRL start are not included. 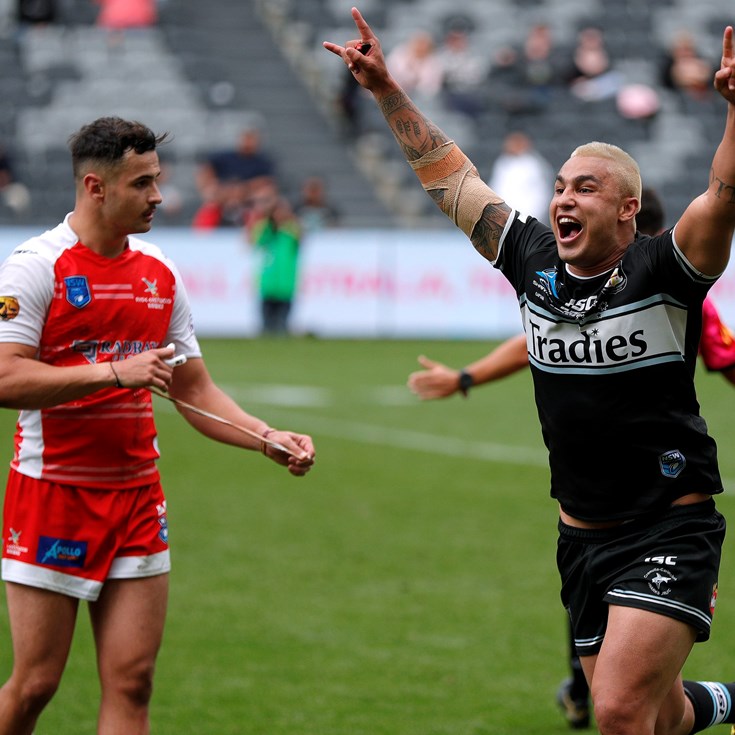